There are a few things about this walk to make it notable:

So; fun stuff all around. Here’s the data, from RunKeeper: 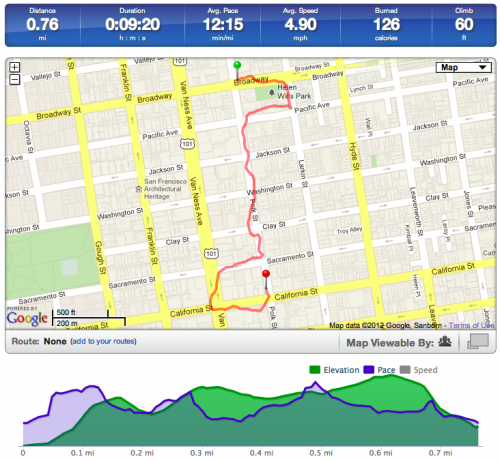 and for the same time period from Fitbit: 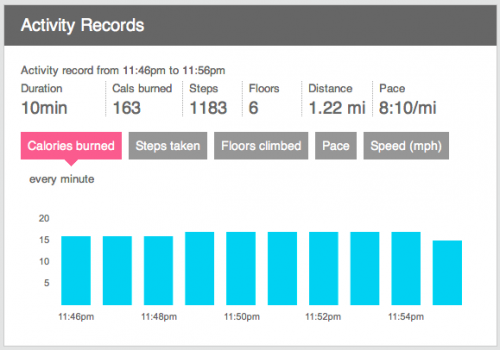 Maybe I should run instead of walking, since high/homeless/whatever people are even less likely to give chase?

END_OF_DOCUMENT_TOKEN_TO_BE_REPLACED

The age of the quantified self is coming, whether you like it not. I’ve recently started experimenting with a few aspects of this idea, with sleep being one of the first that I was interested to look at, since I’ve had a quite a lot of trouble with getting good sleep over the years.

My theory has always been that after I had glandular fever about 12 years ago, sleep has never left me feeling rested or fully revived. That’s been very difficult to quantify or keep track of though, other than saying “I feel crappy in the morning.”