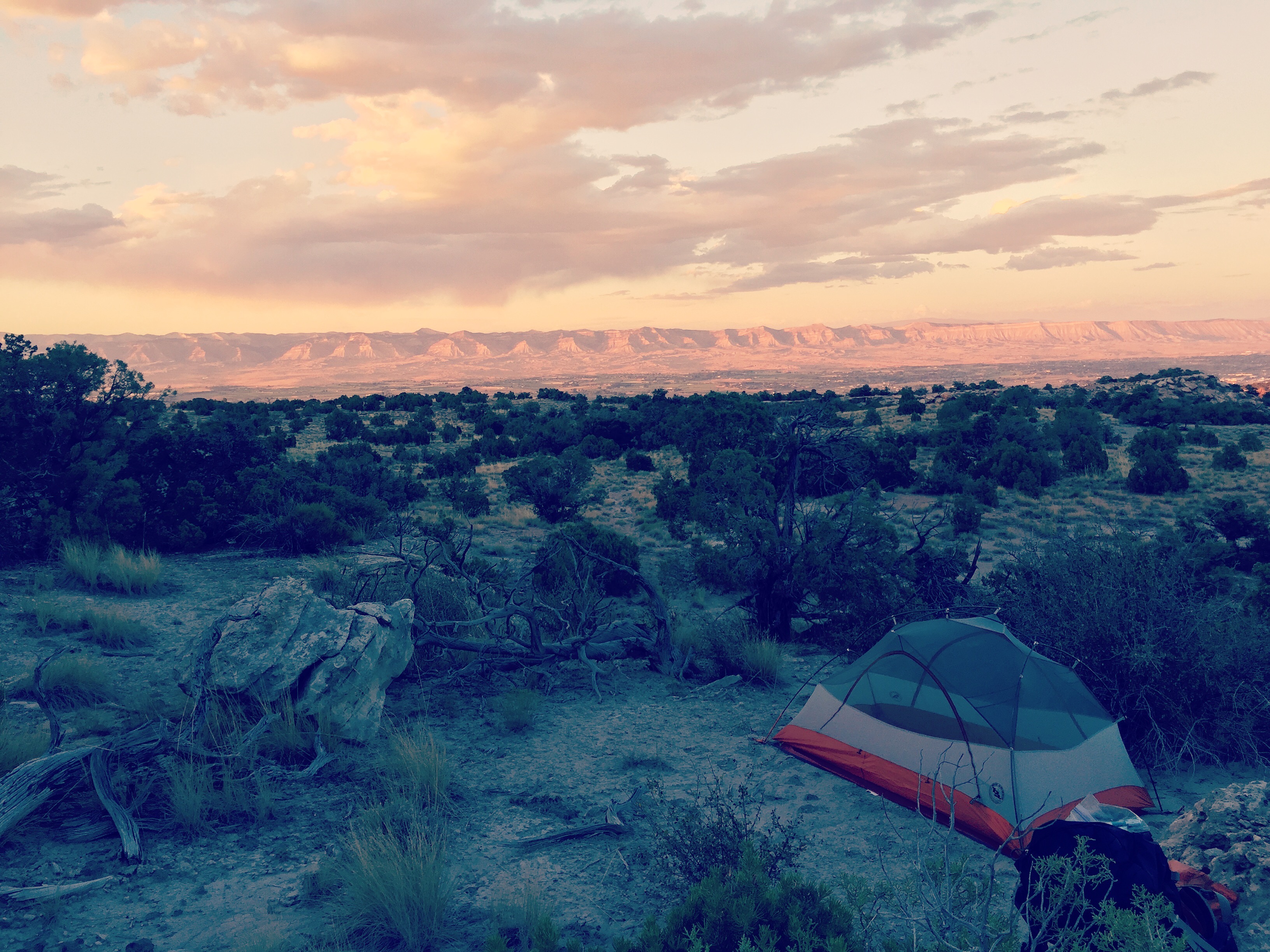 On my last full day, I woke up, broke camp, and attempted to have a Mountain House dehydrated meal of bacon and eggs for breakfast. I don’t know if I did it wrong, or if it’s just a bad one (most of their other ones are really good), but it was terrible. I threw half of it out, and went to Eklecticafe for some breakfast (and more coffee) instead. From there, I was headed for a ride before things got too hot.

By looking at MTBProject, I’d come across the KlonZo set of trails, and decided that they were a good spot for me to go for a ride, right near Arches NP. 4wd is required to get in there, just because it’s sandy more than anything. No problem for the Ranger, and I got to the trailhead by some time around 9am. When I got there, I decided to do Borderline to Cross Canyon, Verti Go, Secret Passage to Dunestone and end up back at the parking lot.

I’m not exactly sure how long that ended up being, but it was a nice little ride. It was hot out there already, so I was happy (and sweaty) to be done by the end of it. Lots of swoopy single trail, and a bit of decent technical stuff, including a whole section where you’re riding over solid rock (with the trail painted/marked directly on the rocks). Pretty awesome overall. 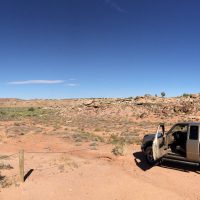 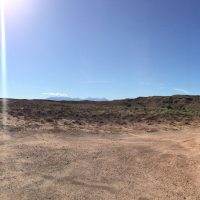 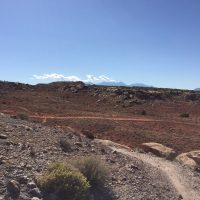 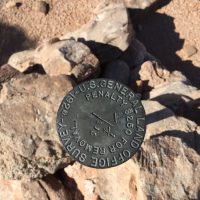 After my ride, it was time to hit Arches National Park, the main reason I was in Utah. There was a really long line to get in the front gate, but luckily my America The Beautiful pass sped things up for me a bit. Once inside, I did a full loop and checked out a bunch of the arches. Between the arches themselves, and the towering pinnacles of deep, red, rocks, Arches was really stunning. It’s like another world there, especially when compared to to my ride that very morning. 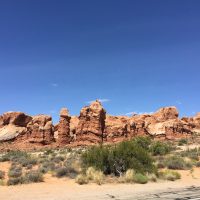 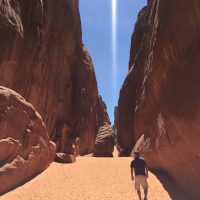 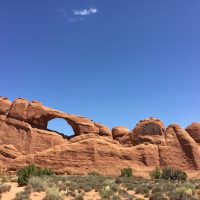 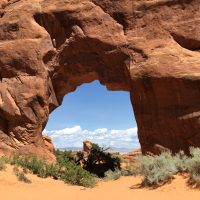 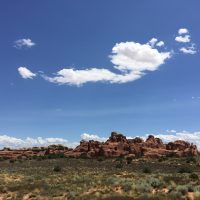 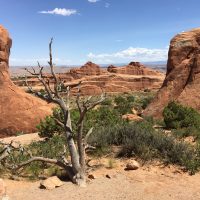 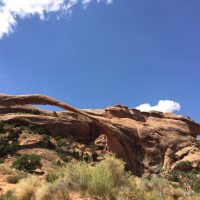 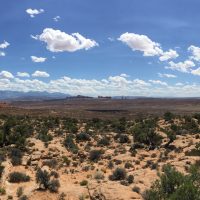 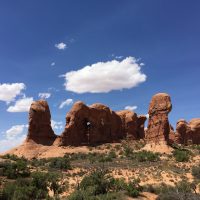 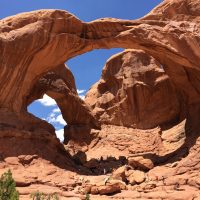 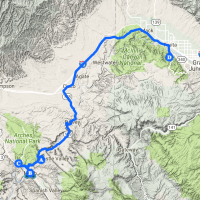 Once I was done with the hike at the end of the Arches loop, I decided to head towards home. I drove back up the Highway 128 Scenic Byway (which is absolutely stunning… until it turns into brown, flat, boringness) and through the creepy ghost town of Cisco. I wanted to find somewhere before Denver to camp the night, since I definitely didn’t want to drive all the way home after what was already a pretty long day. The Perseid Meteor shower was also supposed to be at its peak on this night, so it was a perfect chance to get a great view of it. It turned out that my destination was pretty close — Colorado National Monument.

Up at the “top” of the park (the top of the mesa, overlooking the canyon), I dropped into the Visitor’s Center, and found out that you can back country camp there (for free). I filled out the paperwork, packed my gear, and headed off to find a good spot to camp for the night. 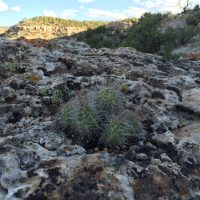 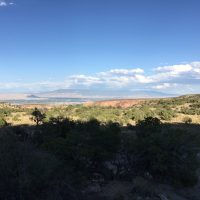 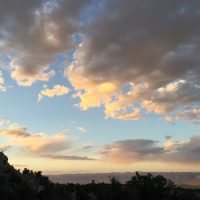 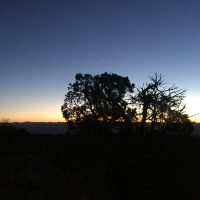 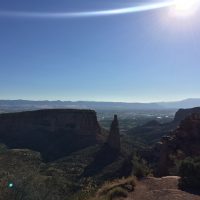 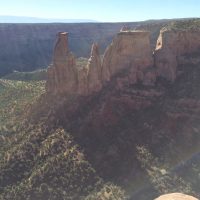 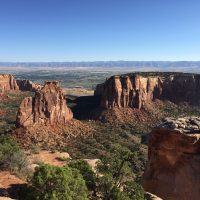 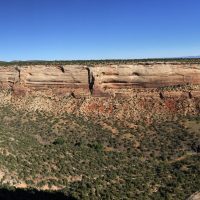 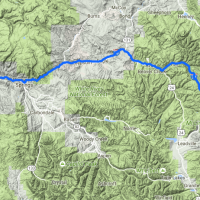 Despite a surprising amount of light pollution from Grand Junction/Fruita, I still had a pretty amazing view of the meteor shower when I got up at 1am to check it out. I saw a pretty non-stop show of meteors, including a bunch that streaked across significant portions of the sky, and some “flashes”, that I can only guess were meteors hitting “straight on”. It was breathtaking. Unfortunately I didn’t have any camera equipment capable of capturing it, so you’ll just have to take my word for it 🙂

In the morning I was up and out of there, back down through the rest of the National Monument, and then the long, boring drive home along I70. That was the end of this journey, thanks for reading along.