When we bought our house in Denver, we intentionally got one that didn’t really need any work done on the house itself. That didn’t entirely work out (yay emergency bathroom remodeling!), but most of our attentions have been focused on our yard, and particularly our back yard. We wanted a “livable” space, that we could spend a bunch of time in and really enjoy. It’s fun to look back at where we started, and where we are now.

END_OF_DOCUMENT_TOKEN_TO_BE_REPLACED 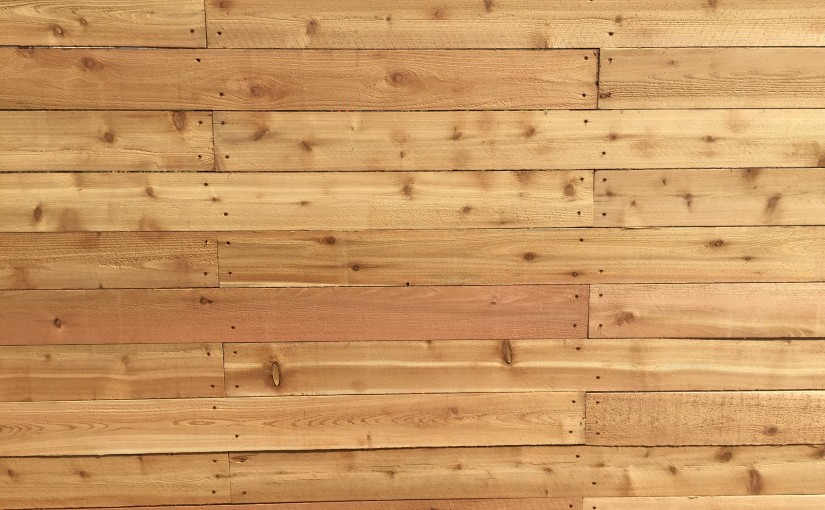 When we moved into our new house, the yard was a mess. That’s definitely still the case in some areas, but we’ve made a lot of progress with cleaning things up, and turning it into a real “livable” yard. One of the pieces of that journey was getting a real fence installed down the side/back of the property. Here’s what we had when we first bought the house:

As you can see, it was a hip-high chainlink fence. Not only was it pretty ugly, but our neighbor has a dog, and our terror of an animal, Bambi, would just go insane trying to attack him through this fence. To replace it though, we had to get all those trees out of there, because they were all literally grown into the fence. That was a massive project on its own, but we got it done: 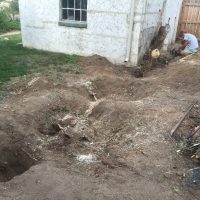 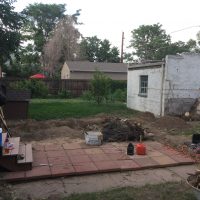 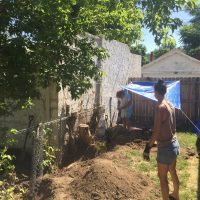 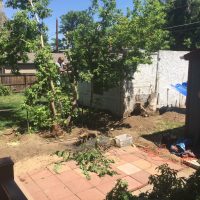 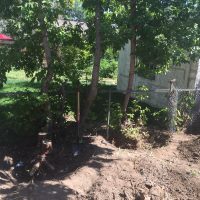 With that out of the way, we needed to get our new fence in. We opted for a horizontal-picket style, which is pretty trendy, and “modernizes” the house a little bit, without getting too crazy. I had never built a fence, but Erika’s family-friend Joe came and helped, so I learned pretty quickly. We got the back/side section done together in a few days: 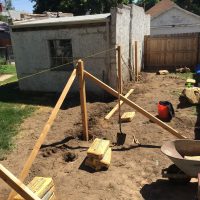 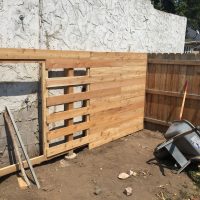 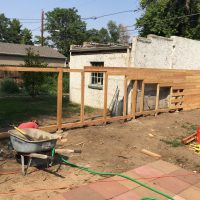 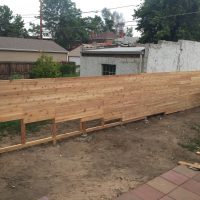 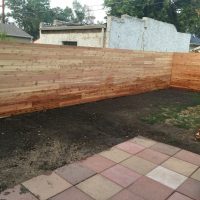 We stopped there because both of us were busy, and it was a good stopping point anyway. That was towards the end of Summer, so the weather started turning a bit, but I managed to grab some good days in between snow and whatnot (Denver’s weather is crazy), and managed to get the rest of it done, down the side of our house, all the way to the front: 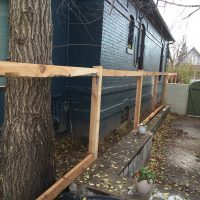 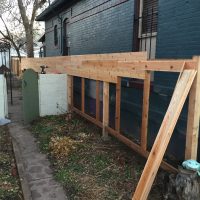 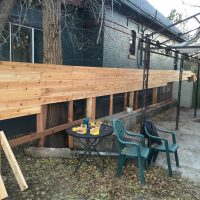 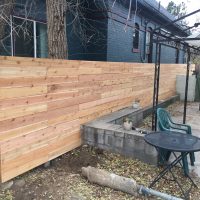 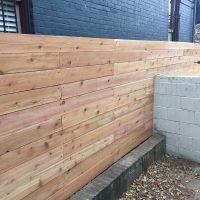 I’m pretty happy with how it all turned out (everyone keeps saying it’s more of a wall than a fence!), and now I know how to make one if I ever need to do it again. Nothing too complicated, just taking your time and thinking it through. The biggest mental hurdle for me was getting over thinking of the posts as being relevant to the position of the ends of the pickets. The posts just provide the structure/foundation, and then the framing that you put in is what handles the pickets (and attaches to the posts). 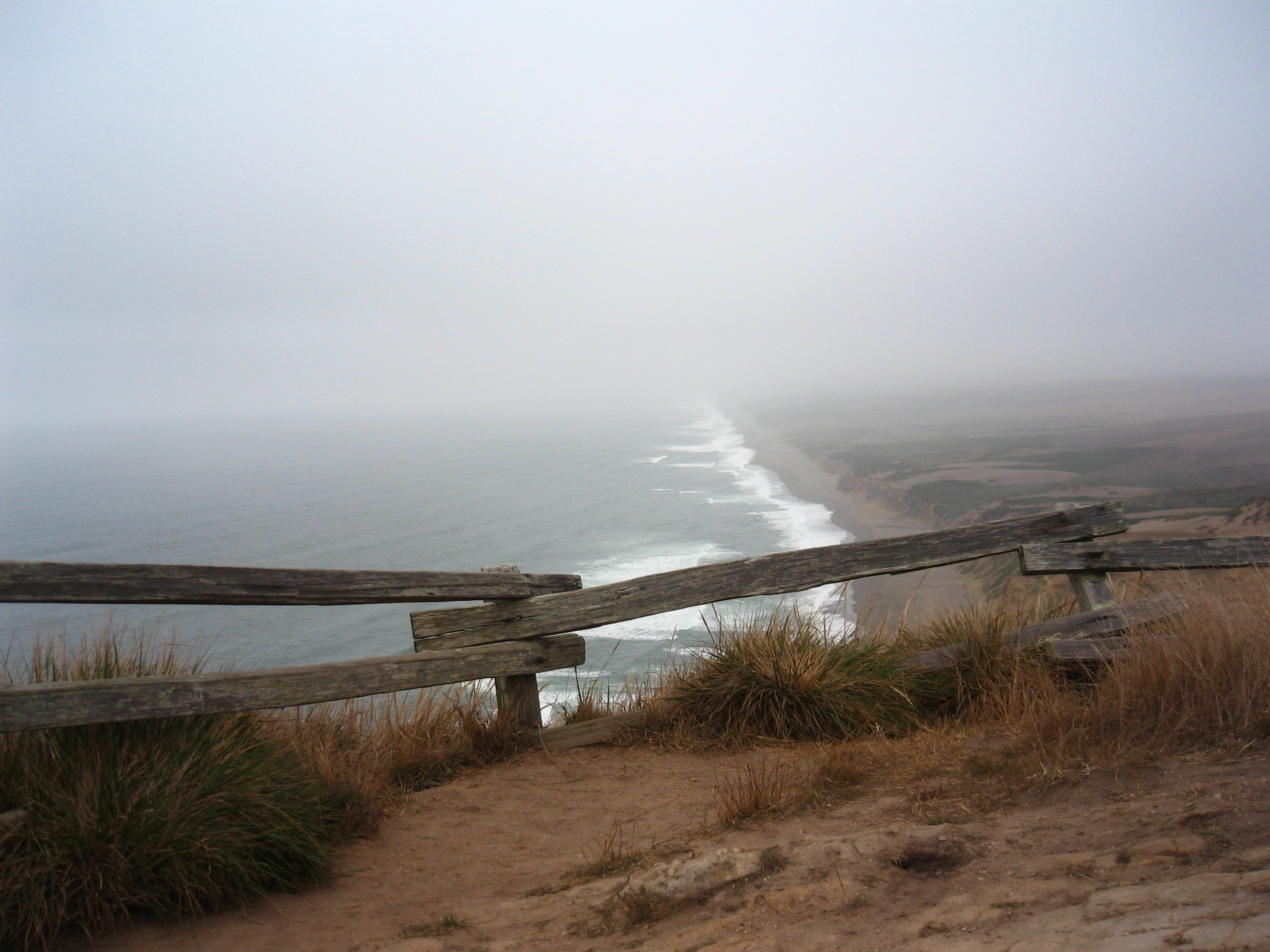