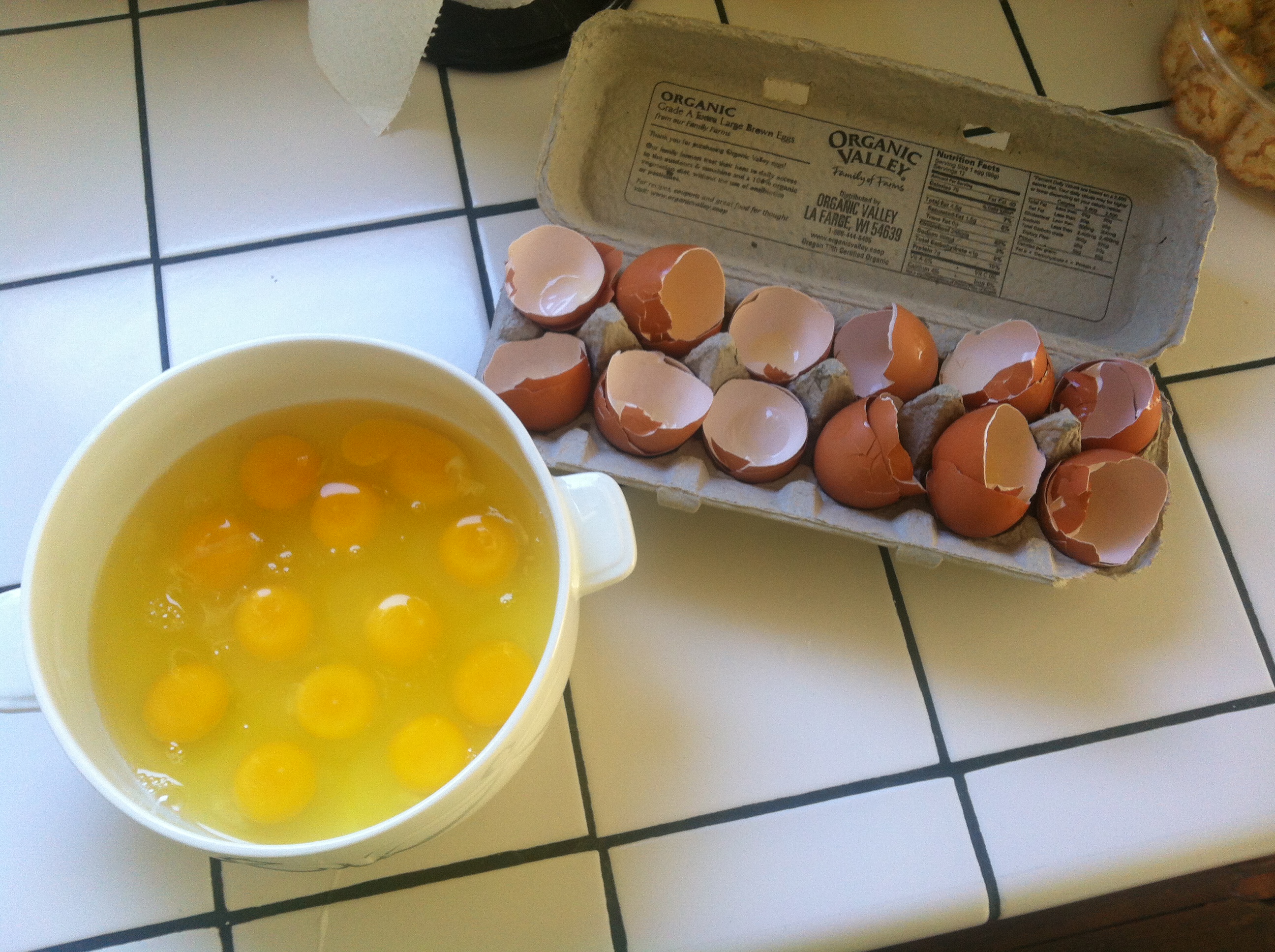 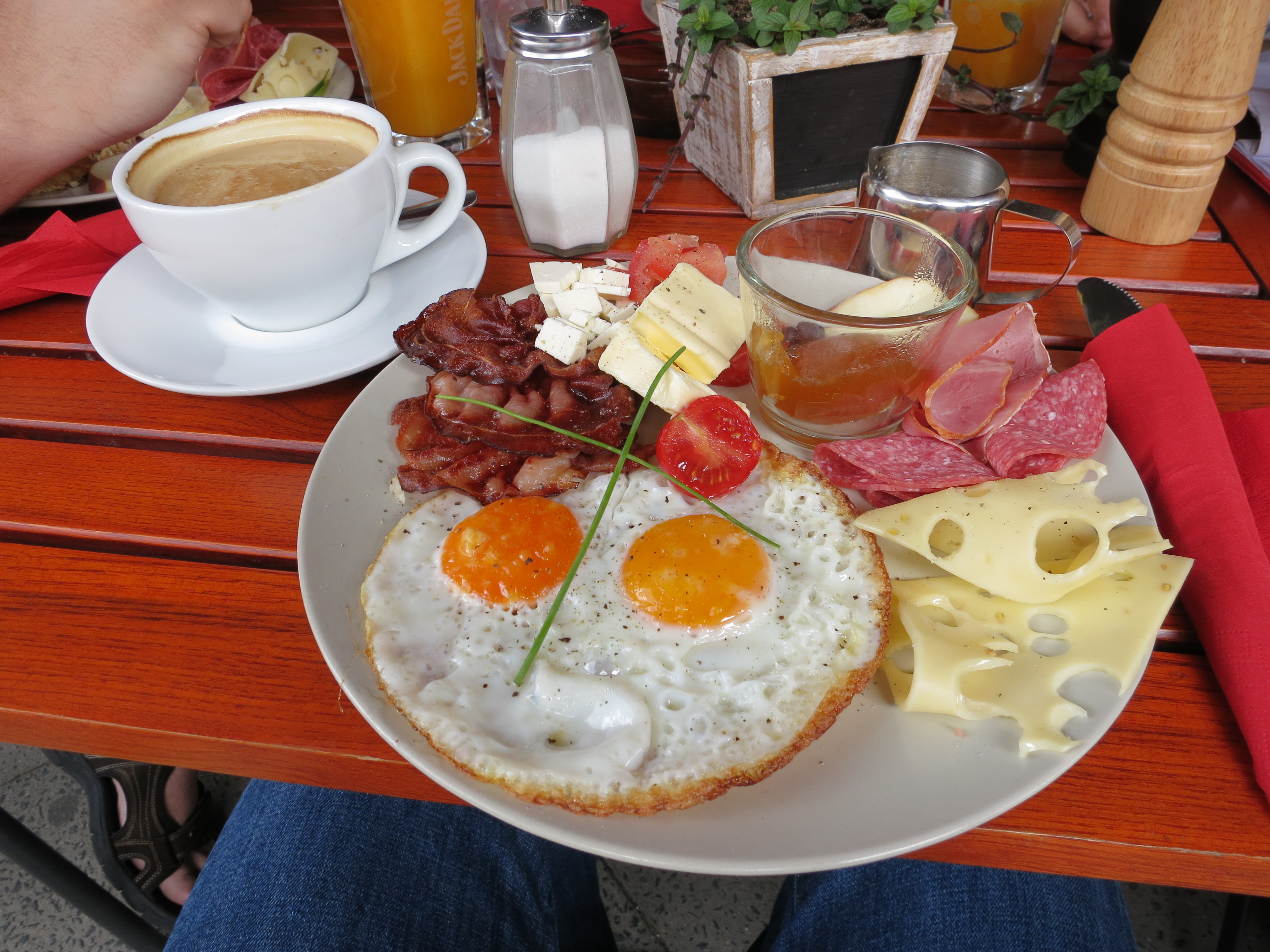 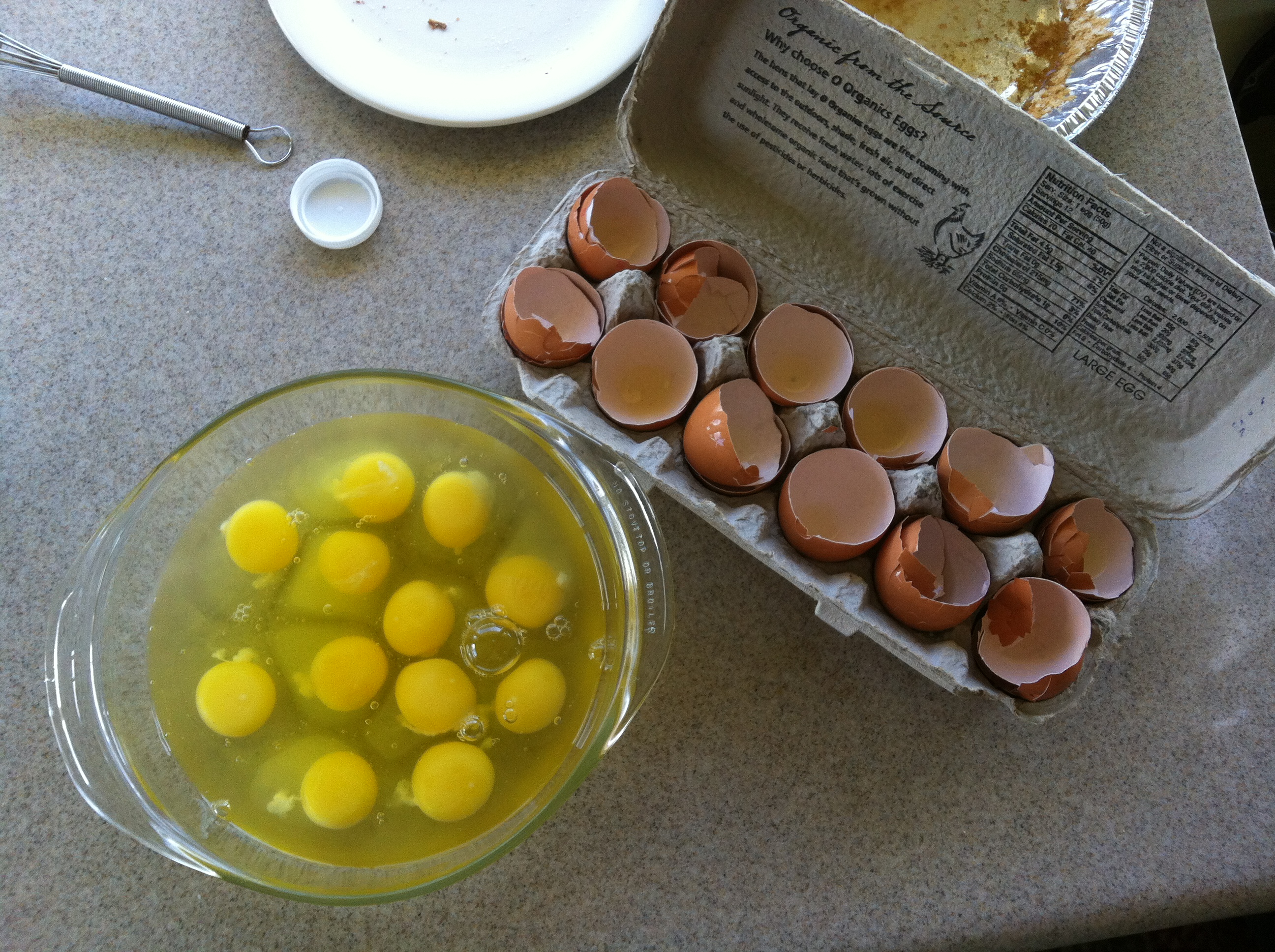 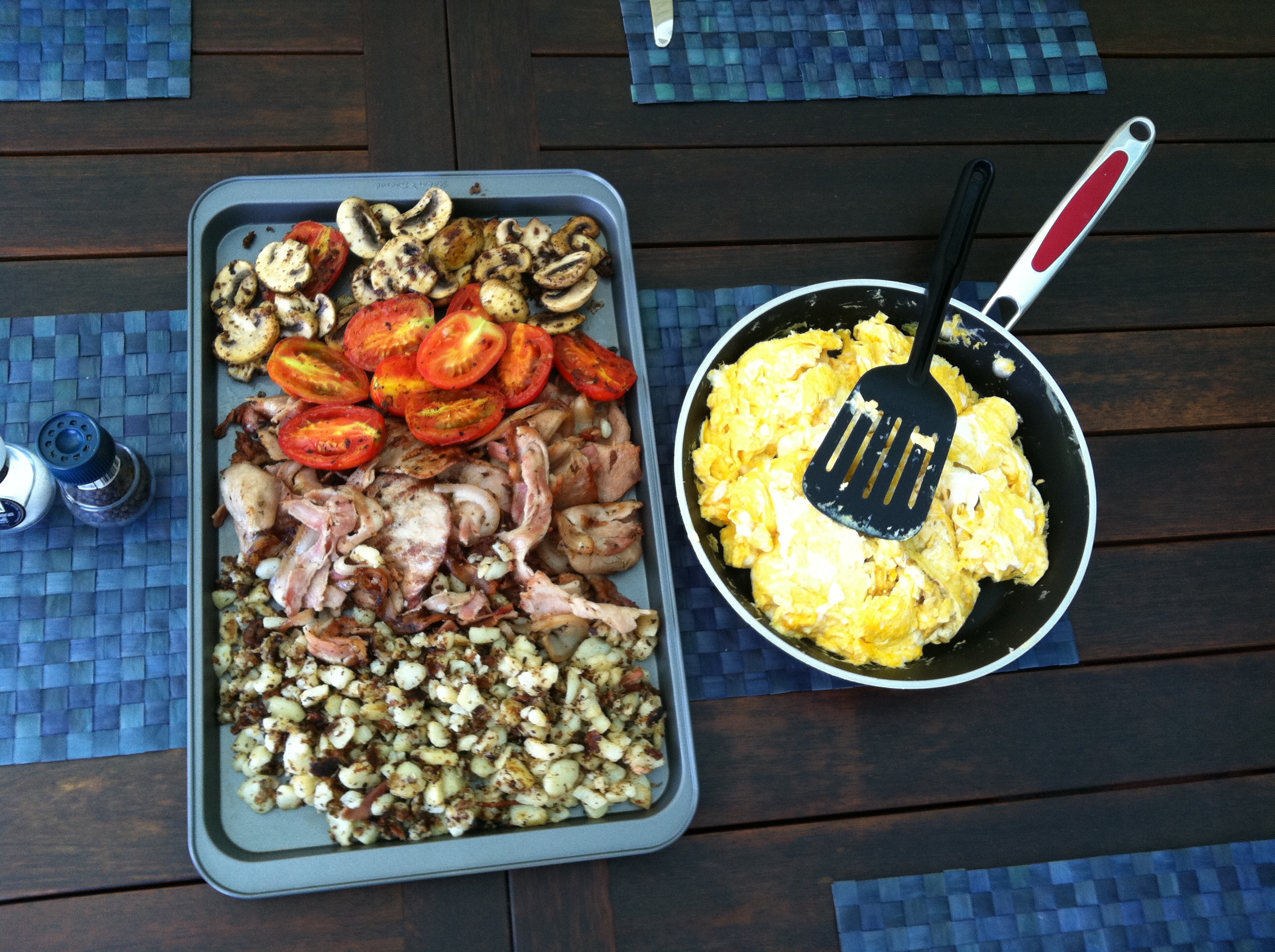 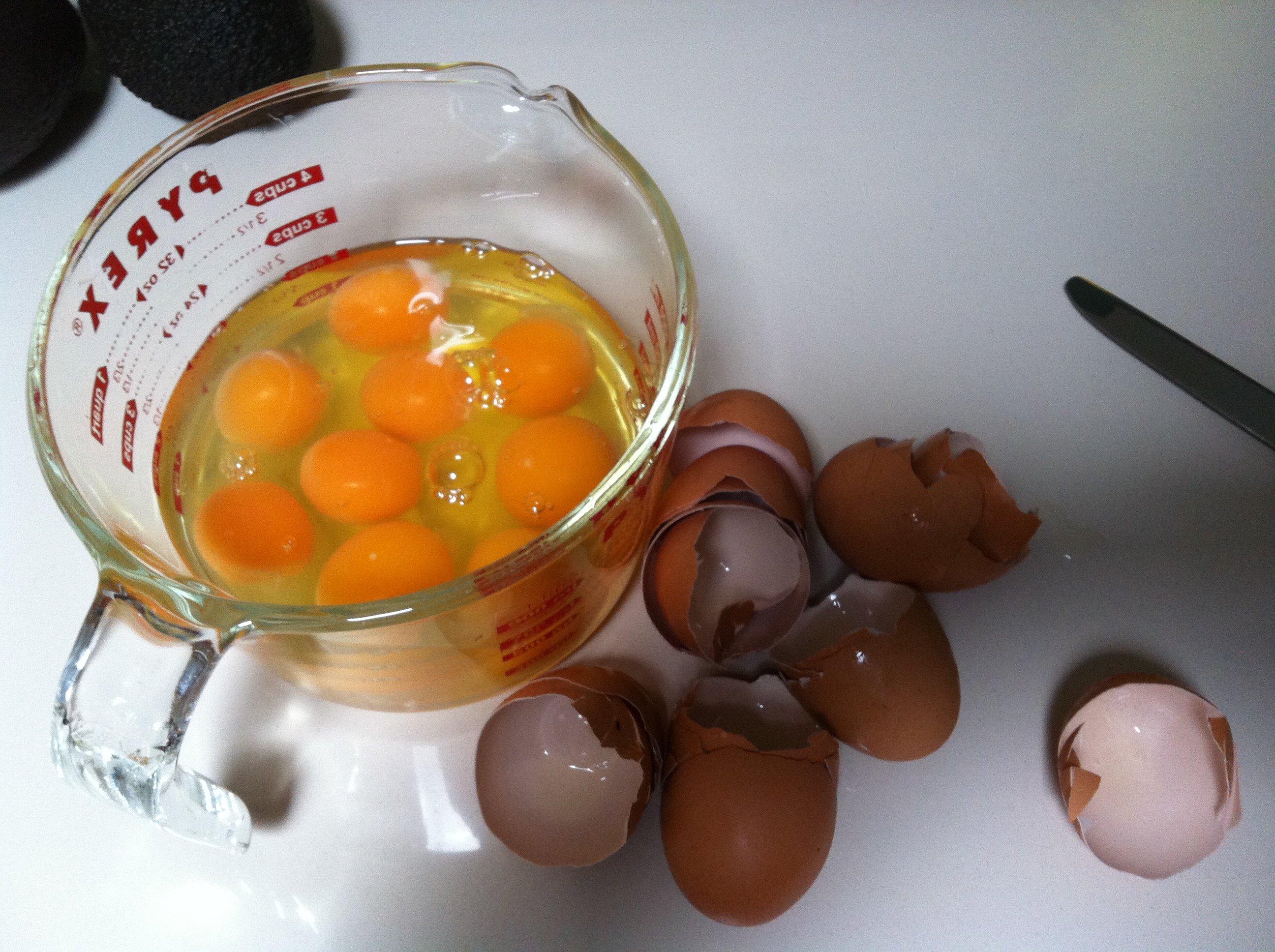 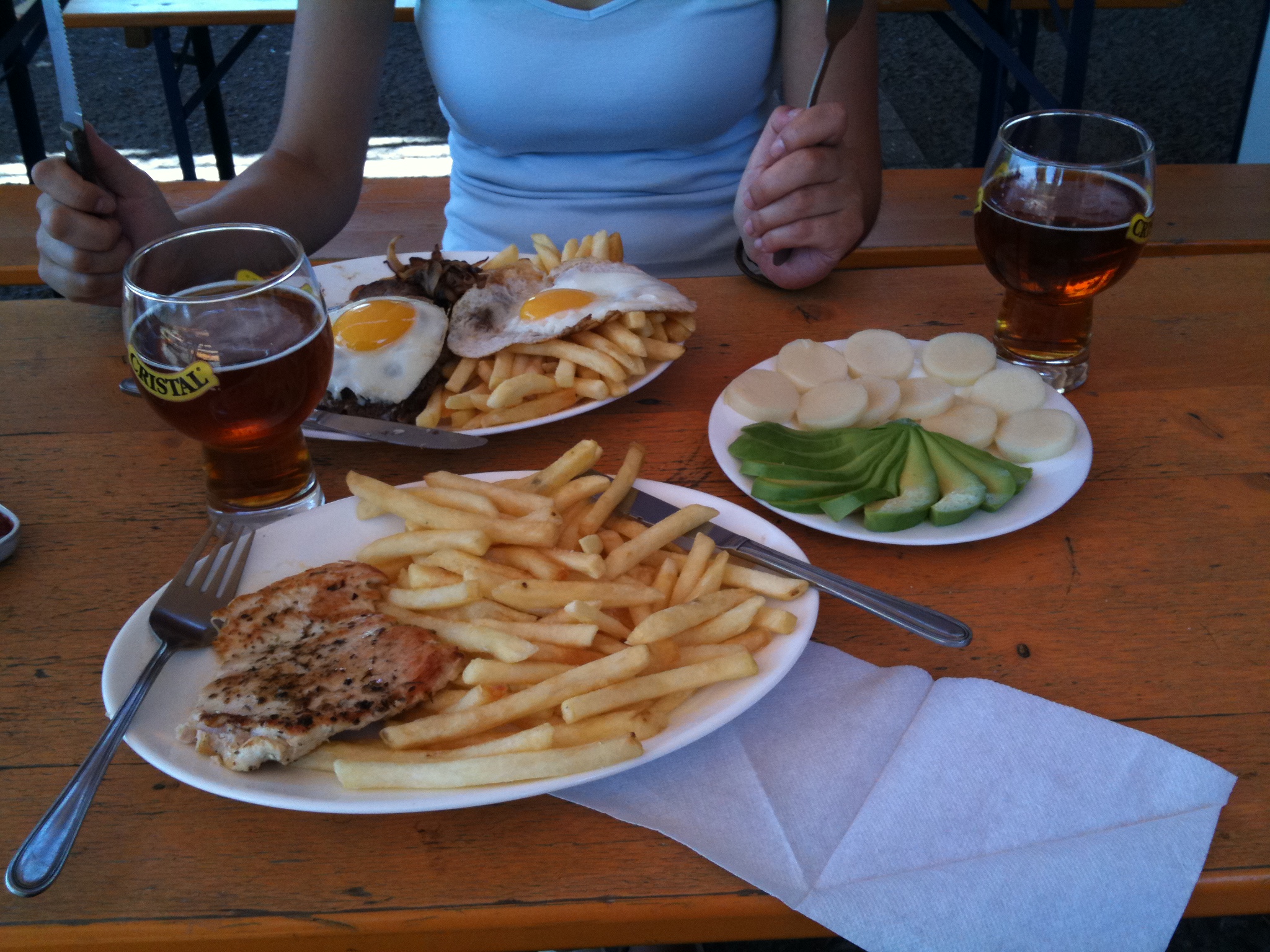 When I was growing up (on a “hobby farm”), we raised chickens which we mostly had for their eggs. We always had fresh eggs, and would sometimes get what we always called “double-yolkers”. Two yolks in a single egg. Until recently, I think I’d only ever had one of them from a store-bought egg. Something has changed though. In the last carton of eggs that I bought (Rock Island, Brown Fertile Jumbo Grade A), I got THREE different double-yolkers: 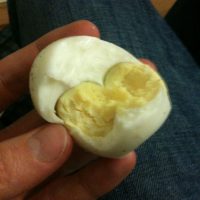 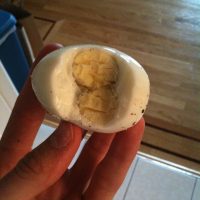 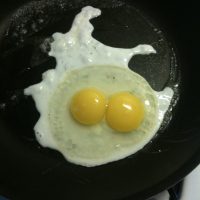 Something in the water?