After drooling over it for months at Costco, I picked up a bundle package with a DJI Mavic Air back in November. I’ve now flown it a fair bit, and wanted to write up some observations on it.

First of all — this thing is amazing. It’s so much fun to fly, and honestly feels a bit like magic, especially when compared with cheaper, fully-manual quadcopters. Probably the coolest feature of this thing (for me, a n00b) is that if you let go of the control sticks, it’ll automatically just hover in place. Brilliant.

The bundle that I got came with propeller guards (2 sets actually, which turns out to be ridiculous — if you break those guards you’ll almost certainly manage to destroy the drone itself), so I started out flying with them on. It has object detection/avoidance in three directions (forward, backward, downward), so between that and the prop guards, it’s relatively safe. I still managed to crash it pretty hard a couple of times, and break some propellers. I got carried away and bought a bunch of replacements, but now haven’t needed any in a while.

I’ve purchased a second battery, and got a little carried away and purchased an Anbee Power Bank so that I can recharge batteries without access to an outlet (e.g. if I was out backpacking or mountain biking or something, and watched to capture more than 2 batteries worth of action; about 30 minutes). The batteries claim to be 21 minutes of flight time, but in my experience they’re pretty much always 14 or 15 minutes (stopping at about 20% battery remaining, for safety). I haven’t tried running them down to 0% to see how long they actually go, so maybe that’d get me to 21 mins before it fell out of the sky.

Beginner mode + propeller guards is a good way to get used to things. Once you graduate out of there, you’ll end up turning off/ignoring a bunch of warnings and things; these devices and their software really try to make sure you’re doing the “right thing”, safely. The app takes some getting used to (especially the special flight modes), but generally is pretty good and pretty intuitive. It always tells you everything that’s going on, and lets you tweak and configure things a fair bit.

I find that I have to calibrate the compass almost every time I go out to fly, which is kind of annoying, but pretty quick and simple. It reminds me of calibrating the compass on an iPhone, where you have to way the phone around. In this case you’ll be spinning yourself around in a few directions, and then you’re up and running. From deciding to fly, to having it in the air, it’s normally less than a couple of minutes.

The drone itself (and the controller) is amazingly portable/compact. When you pack it down into the small case that comes with it, it’s hard to believe that the whole thing is in there. I specifically love how compact the controller is. The control sticks detach and stow inside the controller itself, genius! With the controller compacted down, and the drone folded away inside its case, you can just slip them both in jacket pockets, or throw the whole kit in a backpack.

I’m definitely still figuring out how to get the most out of my drone, especially when it comes to video. I’m looking forward to spending some more time on that, and trying my hand at editing some short videos. 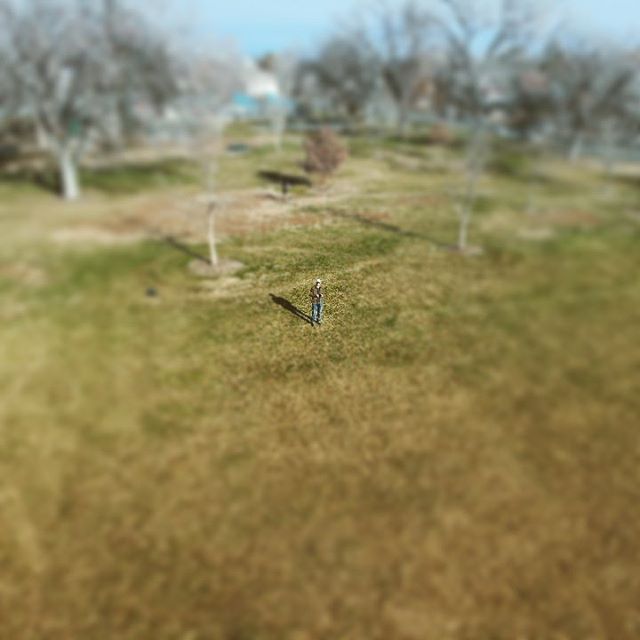