Since check-out from the hostel I was staying in the night before was 10am, I figured I could get in a morning ride, and still be back in time to have one last shower. Turns out it was lucky I could get that shower, because the ride was a sweaty one, with lots of climbing involved. The views were amazing though, so it was all worth it. I rode around in amongst the Lower Loop and Lupine trails, which start (and end) right in town. Super convenient. 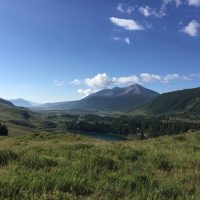 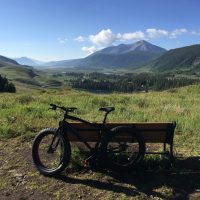 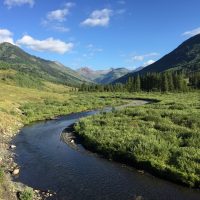 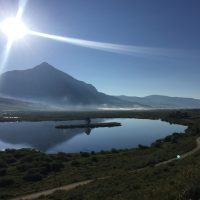 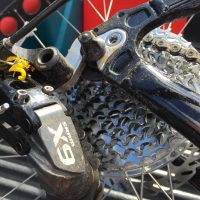 With the ride done, and all cleaned up and checked out, I grabbed some coffee and breakfast, and hit the road for Cimarron. I was kind of expecting to get lunch there, but this was another case of underestimating a small “town”, and in fact Cimarron is not even really that. There’s a general store there, but otherwise it’s basically just a campground, and then a huge dam. I hadn’t actually realized there was such an impressive dam (Morrow Point Lake/Reservoir), but it turned out to be a great spot for a little hike, and a little fishing. I didn’t catch anything (even though I watched a young guy catch and gut 4 or 5 trout right in front of me!), but it was a nice break from driving regardless. 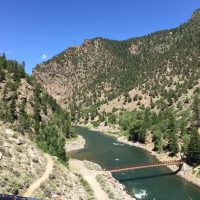 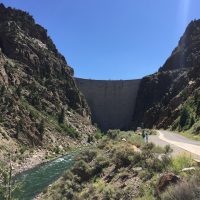 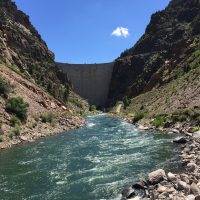 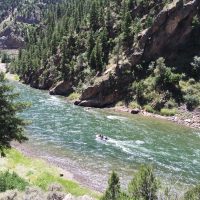 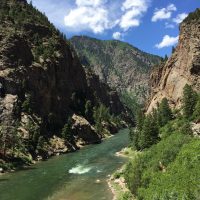 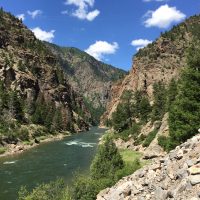 From Cimarron I powered through to Montrose, where I stopped at Horsefly Brewing Co for lunch and a pint. Then it was back out to Black Canyon of the Gunnison National Park to find my campsite and check things out. My site was pretty mediocre (next to an RV, no trees or anything really), but I booked it pretty last minute, so I was just happy to get it. The canyon, on the other hand, was incredible. I drove out to the end of the outlook road, and then hiked the Warner Point Nature Trail. From there I worked my way back through some of the lookouts. I liked Dragon Lookout the best (amazing view down the canyon, and of the “Painted Wall” with the “dragons” on it). On my last stop I met a recent college grad who was on an absolutely epic (and crazy) roadtrip that had already been going for a month. He was stopping all over the place, but driving hours and hours and hours a day, so he’d covered half of Canada and the US, and had done something like 10,000 miles already. 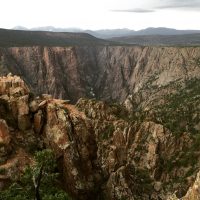 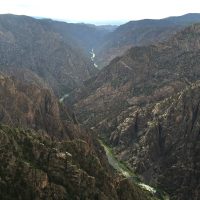 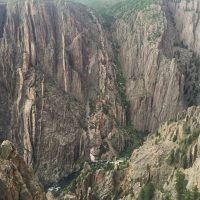 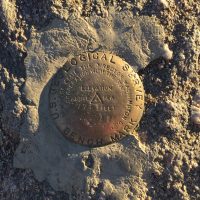 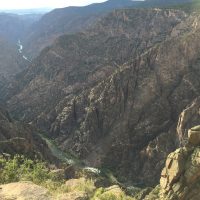 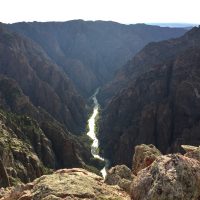 Luckily I had stopped in at the Visitor Center, so I knew there was a night time session at the amphitheater that night, which I went and checked out. “Ranger Molly” put on a great session about the nightlife and stars and whatnot at Black Canyon, which was quite fun. From there I went back to my campsite, and was lucky enough to watch two different lightning storms off in the distance (in 2 different directions), without either of them bringing bad weather my way. The stars were stunning, and with very little light pollution in Black Canyon, extremely bright.

Checked in at Colorado.