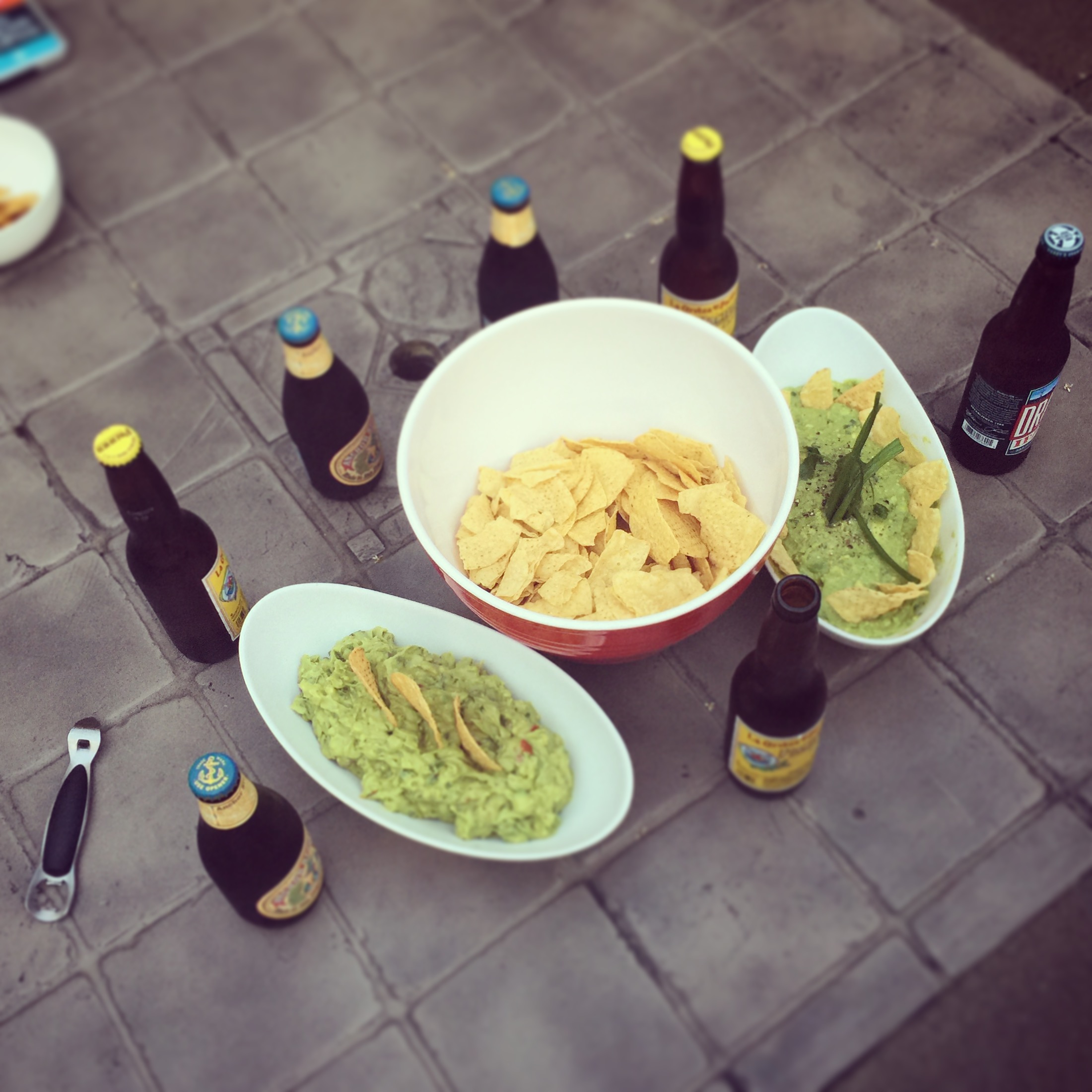 During our last team meetup, we had a “guac-off”, where 2 of us made our own recipes of guacamole, and then everyone “blind taste tested” (aka devoured them, without knowing who made which one), and we voted. Mine won! In the end it was the texture (more chunky) that won it for me. Someone asked for the recipe, and this is the best I could give them:

I start out by scooping, slicing and mashing up 1 avocado, and leaving one to the side. Then I’ll chop the onion, tomato, jalpeño and cilantro, and get that all in there. This is also when the garlic goes in (if you’re using it). While adding these, I’ll mix it and mash it a little bit, just to make sure it’s all mixed through. Now scoop, slice and throw in the other avocado, then add lime juice, salt and pepper. Mix it up (mashing a little more in the process) and keep adding salt/pepper until you get the taste you’re after. You can also tweak with more jalapeño or lime juice at this point, which is where a lot of the taste comes from.

For an interesting twist, throwing some chipotle powder in at the end can add a pretty good spice/smokey flavor.