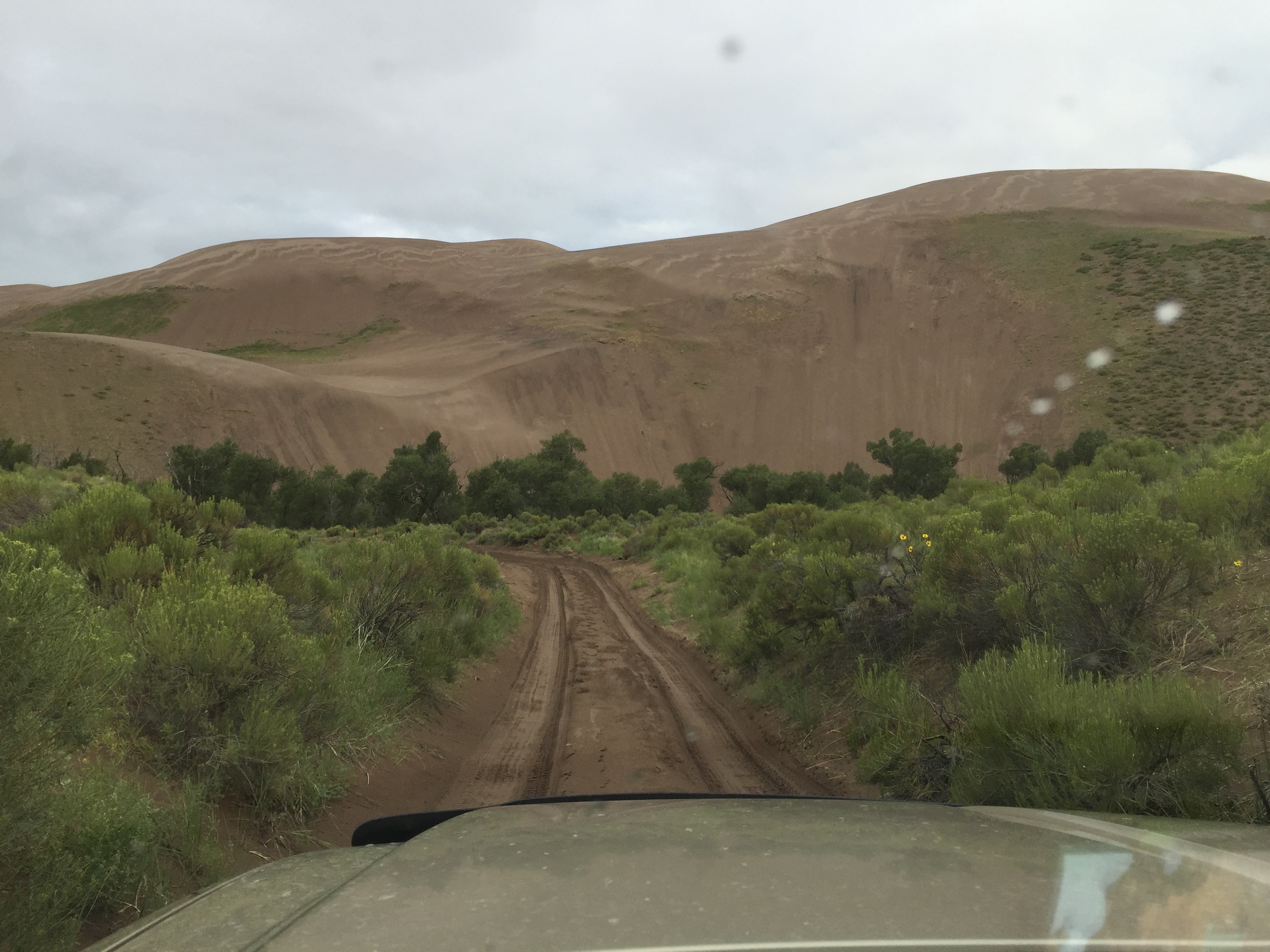 On the first day of the trip, I wanted to head south through Deckers to go fishing, and then get down to Great Sand Dunes National Park and Preserve. The fishing in Deckers turned out not to be too great (and it was drizzling), but it was beautiful nonetheless. The water was also a lot colder than I expected, so I really should have brought my waders/boots so that I could have gotten out there properly. 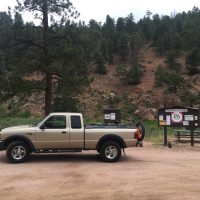 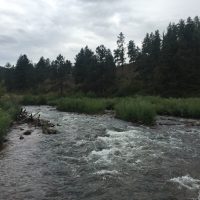 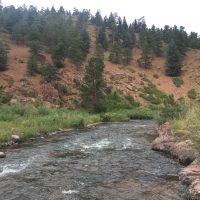 From there, I took 67 and 24 down to Colorado Springs, and then I25 all the way down to Walsenburg. I was going to grab something “local”, but things seemed to be pretty shut/quiet, and I ended up just grabbing a burger at Carl’s Jr (barf) before heading out again. Heading west on 160 (some beautiful scenery along here), and then north on 150 took me to the Great Sand Dunes, which were super impressive. This is where I picked up my “America The Beautiful” pass, so now I have no excuse not to get out to more parks/forests etc.

I had originally planned to hike in the afternoon, and then camp at Zapata Falls Campground, which is a few miles outside of the dunes. When I talked to the rangers at the park though, they suggested that since I had a high-clearance 4WD (yay new Ranger!), I should head up Medano Pass Primitive Road a bit, where there are a bunch of first-come-first-serves campsites. I got there later than planned, so I was going to be hiking the dunes in the morning anyway, so this made a lot more sense (coming back that way already).

To be honest I was a bit nervous about heading up this road, because I’d read a little about it, and it sounded like some pretty serious 4WD-ing. I hadn’t even turned the knob to make sure the 4WD worked on the Ranger, and definitely hadn’t taken it off-road. I was also driving alone, and didn’t feel super prepared for if things got ugly (no winch, no high-jack, etc etc). But… YOLO. So I headed off, and it turned out to be relatively fine; some good mud, some sand, a couple of small creek crossings and I was into my campsite (site #0, right after you technically leave the park, just over 5 miles in on the road).

I initially grabbed a campsite a little further up the road, but after fatbiking up and down to the next creek crossing, I decided to come back to the the very first one, which was more protected and looked nicer. It was a pretty awesome campsite, although it had been raining pretty heavily (and continued drizzling) there, so everything was wet. Getting a fire going was pretty tedious and involved a lot of stoking and blowing. Eventually I got something to hold a flame though (albeit with a bunch of smoke), which gave me something to do in the dusk hours. 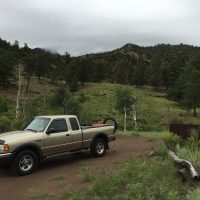 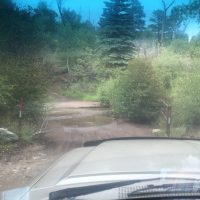 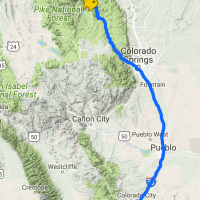 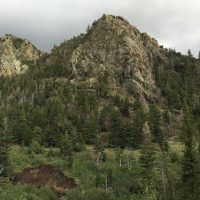 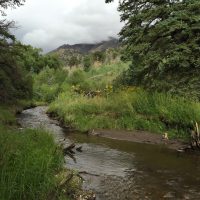 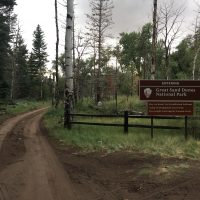 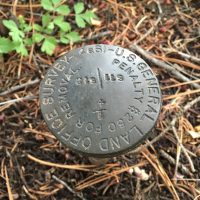 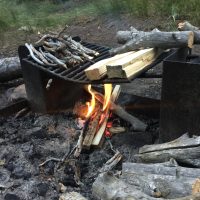