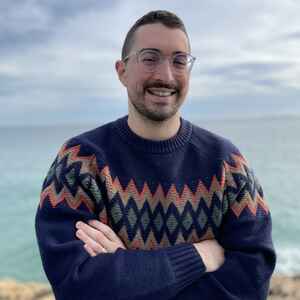 Over the last few years, companies put a lot of effort and money into developing their engineering management teams: one-on-ones, yearly goal setting, feedback, coaching, and whatnot. I believe there are two primary reasons for such investments:
In my journey of becoming an engineering manager, some start-up CTOs and good friends asked me:

I’m thinking about giving my teams a structure. What’s your experience? What are your recommendations?

I thought about them for a while. Many of these folks didn’t want to set great engineers up for failure by persuading them to get into management roles. At the same time, these leaders were afraid of hiring managers from the outside because they wanted to create opportunities inside their companies. Or, they thought it would be tough for an outsider to get the necessary respect from the engineers.
A natural lack of support
Generally speaking, I’m very pro-nurturing talent and hiring junior people. Maybe it’s because I was one of them not so long ago. However, training managers is more complicated because humans are, at least, one order of magnitude more complex than software. The impacts of doing it wrong may also impact that new manager’s reports. That’s a big responsibility.
Aside from all the challenges of becoming an effective manager, it comes with a significant mental burden if they’re doing it with their former colleagues. Are they prepared for having tough conversations? I’m talking about performance reviews, salary, or let a former peer go. If these folks don’t have proper support, there’s a high chance their experience becomes a fiasco. One could think this aspect should not be an issue because they’d have support from their CTOs. The reality, though, is trickier. Sometimes, these CTOs are also in a learning process themselves. Managing individuals is one thing. Managing managers is another thing. So, most of the time, new engineering managers are left to their fate.
The golden ratio and the right incentives
If I were a CTO somewhere, I’d apply a “golden ratio” to craft my management team: 2/3 hired, 1/3 nurtured. The rationale behind this is to get people that could get my back and, at the same time, help the rest of the crew navigate their new roles. There are a lot of things to learn: how to give feedback effectively, how to challenge the team, help to create an engineering ladder, and to level individual contributors (ICs), etc.
I believe this ratio also creates internal opportunities without forcing many great individual contributors to become a manager. It sends a message to the organization. We’re hiring the best people we can find to fill these roles. We want them to help you. Likewise, I recommend this to be part of a strategy where individual contributors have a proper career path and a seat at the table.
Another consideration is to carefully design is a rollback plan if the transition to a management position isn’t successful. That’s where nurturing managers shine.
The last incentive to get right is also the more contentious. Nurturing managers means that you need to think about their compensations. There are some tricky parts to doing it right, though. Managers are accountable for their teams’ outcomes and frequently need to go above and beyond in hiring, budgeting, fighting for salary raises, etc. Their impact is, automatically, bound to their team’s. Hence, one could argue that these responsibilities should also come with a larger paycheck. Nevertheless, nowadays, there’s a tendency to avoid salary differences between ICs and managers working at the same level. It’s a great way to keep your engineers doing what they do best and, at the same time, to make sure that wanna-be managers take that step as a career change.
Wouldn’t you like an opportunity in the same company instead?
I’m not the best one to talk about it. I left a company to get my first management role elsewhere. That’s usually against the book, but I also see some advantages of doing so. Starting fresh and not having to manage your previous peers are my top ones. However, trying a new role in a new company can be twice as difficult. And, probably, there’s no rollback available.
I understand the sentiment of having opportunities at a company one feels comfortable. As time passes, we also need to acknowledge there’s only one CTO, a handful of directors, a few dozens of managers. So, looking for an opportunity elsewhere that allows you to grow is something natural in one’s career.
I’m not one of those folks who think everyone needs to pass the same bar as I did — au contraire. I’m not even advocating to change roles and jobs at the same time. But, if I need to set up a management team from the ground up, I have it clear: 2/3 hiring, 1/3 nurturing. That’s it.
— João