You’re giving feedback because you want your team to improve. Here’s how to give feedback that precisely helps nudge your team in the right direction.

The reason you’re giving feedback is that you want something to be different, in the first place. You want a direct report to make sure he’s not rubbing the rest of the team the wrong way. You want a new hire to improve how she interacts with clients.

It can be easy to lose sight of this amidst the hoopla of management material that screams “feedback is important” and the day-to-day grind of managing your team and executing on your top priorities. But that’s the point at the end of the day (and in many ways, the most important part of your role as a manager): To encourage your team, constructively.

Based on our methodology we’ve developed at Know Your Team over the past five years with data from 15,000+ people in over 25 countries, here are my suggestions for how to give feedback in a way that truly helps nudge your team’s behavior in the direction you want it to go.

Figure out preferences, then calibrate.

The first step of delivering feedback well is figuring out how the other person likes to receive feedback, themselves. Some people prefer hearing something right away – literally, in the moment, whether it’s in public or not – while others prefer that feedback is written down, shared privately, and given the next day so they have time and space to properly digest it. Either way, both are different orientations that you as a leader need to adapt to.

The best way to figure how what people’s preferences are around getting feedback is to ask them. Based on how they answer, you can then customize how and when you give feedback – and calibrate your delivery accordingly.

Here at Know Your Team, when you first join the company, I ask that you take a work preferences survey which includes how you prefer to receive feedback. Here are the exact questions I ask, below. I then also am sure to share the answers with the rest of the team:

What’s your preferred way to receive feedback, in terms of format?

B) Please let me know later in the day, when I’ve got open time

C) Please schedule a time to talk the next day, when I’ve had time to prepare

D) Please schedule a time to talk later in the week, when I’ve had time to prepare

What’s your preferred way to receive feedback, in terms of speed?

A) In person / over video

B) Over the phone

C) In writing, via long form

D) In writing, via chat

Optimize for the future state.

No feedback is too small. If you’re worried about it impacting future behavior, say something. Otherwise, it’ll bubble and boil over into something much bigger, later.

For example, I remember early in my days as CEO of Know Your Team, I would observe how one of our team members communicated with our customers. He was focusing purely on speed at the time, thinking that was most important, but it resulted in there being quite a few typos or brusque responses sent to customers. I remember waiting a week or so before telling him: He had a lot of his plate, the feedback I had for him seemed relatively small, I believed he would eventually shape up… In other words, excuses held me back 🙂 Unfortunately, as a result of my not speaking up during that week, he sent several support messages that contained errors to customers. Our actual output suffered because I didn’t speak up and give that feedback sooner. The minute I did speak up, he improved and the outcomes changed.

I’ll never forget that moment. Feedback, regardless of how seemingly small it is, compounds. There is never a good time to give it. And the sooner you deliver it, likely the better.

Place feedback into the context of what’s going on.

Now, this doesn’t mean that if someone has a huge deadline the next day that you should deliver tough feedback right as they’re shipping something. Nor does it mean that when the feedback is indeed small you should communicate it with the same weight as though you were communicating extremely foundational feedback core to someone’s work process. Rather, giving feedback well means placing it into the context of what’s going on. Pay attention to when someone might be most receptive to giving feedback.

For example, if the feedback is relevant to an upcoming meeting, tell them: “I’m giving you this feedback now because I wanted to give you enough time to make adjustments before our next client meeting.” Or if the feedback feels super nitpicky, and then say: “I’m nitpicking” or “This is super small.” This will help your feedback feel more meaningful and give the other person an impetus to change.

We default to what we know. And what we know is often called a “shit sandwich.” Popularized by the classic management read, The One Minute Manager, a shit sandwich is when you layer your feedback “good-bad-good.” You say one complimentary thing to your coworker (one slice of bread), then offer the critique or piece of feedback (the “shit” filling in the middle), and then bookend it with another complimentary comment (the other slice of bread).

While ubiquitous, it backfires horribly. Since we’ve all been fed it before, it’s predictable, so we know what’s coming. Additionally, as it’s something that feels so tired and trite when someone does give a shit sandwich, it comes across as disingenuous. And lastly, the Shit Sandwich doesn’t work because people only zoom into what they want to hear. Some people will actually walk away from a session of feedback and think: “Hmm, I guess there’s nothing for me to improve on” (they’re focused just on the complement you gave them), while others will freak out and think they’ve messed everything up in their careers (they’re overly weighing the shit you just gave them).

So what do you do instead when giving feedback, if not using the Shit Sandwich? Read on. (And, you can read more in-depth about our recommended methodology here.)

Come from a place of care.

The feedback we give isn’t going to stick with the other person if we’re not specific about it. This seems intuitive, but it’s so easy to gloss over details or make generalizations when giving feedback. Keep in mind that the other person can’t read your mind. You’re going to have to share exactly what you observed, and precisely how you think things can be better. This means talking less about your assumptions (“it felt like” or “it seemed like” should be nixed from your vocabulary) and more about your observations (“I saw” or “I noticed” or “I heard”). The more specific you are, the more fuel the other person has to truly change their own behavior.

Make it a conversation.

Feedback is not a monologue. You shouldn’t be talking at the person. You should be having a conversation. The best way for the other person to feel agency in changing their own behavior is for them to actively engage in the discussion about it. The most effective (not to mention easiest!) way to do this is to ask questions when you give feedback. For example, one of my favorite questions to ask after sharing feedback with someone is to say, “That’s just what I observed. What do you think?” That invites the other person to weigh in, to contribute, and to think with you together about the implications about the feedback you delivered.

The hard part isn’t reading these suggestions or convincing yourself that they might be helpful – the hard part is doing them. In the moment, when you’re faced with a situation, when you know you need to give feedback but are struggling with the timing of it or exactly how to deliver it, it’s tempting to default to old habits. To use a shit sandwich. To wait until the “small” feedback becomes too big to not talk about. Instead, pre-empt that, and come back to this article. Revisit these suggestions. Implementing even one of them will help you ensure that the change in behavior you’re seeking might, in fact, come to fruition.

✨ Looking for ways to be getting + giving more honest feedback in your team? You’re in the right place 😉We have a Culture Questions Tool in Know Your Team that gives you hundreds of insightful questions to ask your team, so you get honest feedback and learn something new every single week. Say goodbye to clunky, irregular feedback systems. Check out Know Your Team for getting honest, regular team feedback here. 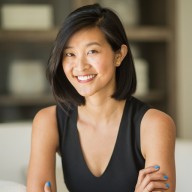 CEO of Know Your Team. My mission in life is to help people become happier at work. Say hi to me on Twitter at @clairejlew.