Note: With dad-hood I’m doing more lists. They’re easier to write while learning to care for this awesome little farting/burping/pooping/smiling human. Apologies if you’re a fan of the longer posts. I’ll get back to them eventually/occasionally.

A quick list of hints that there may be an opportunity for improvement (and/or that you’re about to fall into a trap and need to pay attention): 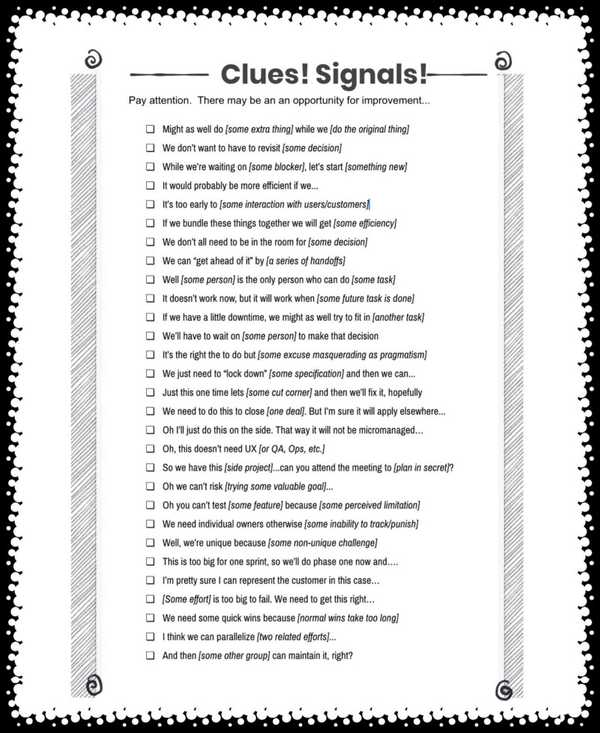