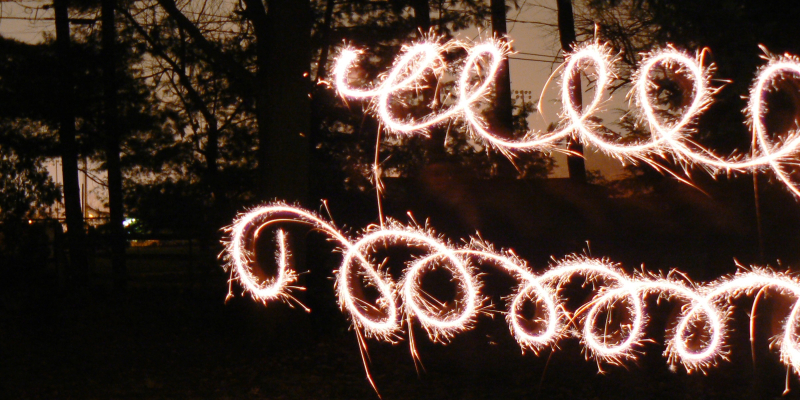 One of the most significant steps in a leader’s development is cultivating the ability to 1) tolerate greater uncertainty 2) over longer periods of time 3) on a larger number 4) of increasingly important issues. A coaching client once described it as “living with open loops.” What makes this so challenging is that we’ve evolved a strong preference for certainty because the predictability of recurring patterns in familiar situations allows us to minimize the expenditure of attention and concentration, which are finite resources. David Rock, Director of the NeuroLeadership Institute, discusses the mental processes at work here:

The brain likes to know the pattern occurring moment to moment, it craves certainty, so that prediction is possible. Without prediction, the brain must use dramatically more resources, involving the more energy-intensive prefrontal cortex, to process moment-to-moment experience.

Even a small amount of uncertainty generates an ‘error’ response in the orbital frontal cortex (OFC). This takes attention away from one’s goals, forcing attention to the error (Hedden, Garbrielli, 2006). If someone is not telling you the whole truth, or acting incongruously, the resulting uncertainty can fire up errors in the OFC. This is like having a flashing printer icon on your desktop when paper is jammed–the flashing cannot be ignored, and until it is resolved it is difficult to focus on other things. Larger uncertainties, like not knowing your boss’ expectations or if your job is secure, can be highly debilitating. [1]

This drive serves us well in the early stages of our career. When confronted with uncertainty–an open loop–we’re motivated to close it by solving the problem. The more skillful we are in this process, the more likely we are to be rewarded with leadership opportunities. And yet this is where many talented people struggle–having risen to a leadership role on the basis of their effectiveness at closing loops, the surprising realization that this is much harder at senior levels creates anxiety and confusion. Inexperienced leaders often imagine that the power and authority now at their disposal will make it easier to solve problems, when the truth is that it was easier when they were individual contributors (ICs):

Perhaps most significantly, individual contributors generally have the ability to simply work harder when a problem fails to yield to their initial efforts. While they often (and understandably) feel a lack of independence or latitude, the reality is that they have a great deal of personal agency. They directly control the most important resources at their disposal–their own time and attention. The process of closing loops and creating certainty may require long hours and substantial sacrifice on the part of the IC, but they choose whether or not to make those investments.

In contrast, leaders have far less direct control over the time and attention of the people they manage. They certainly exert a great deal of influence, but the idea that leaders have the ability to command these resources is magical thinking. Leaders must work through others, at a distance from the work itself. As I’ve noted before, leaders who remain too close to the work become “bottlenecks, unqualified decision-makers, outdated experts, short-circuits, and heroic demotivators.” [2]

As a consequence leaders must cede control to others, which means that simply working harder to close a given loop is no longer an option. To be clear, I’m not suggesting that leaders themselves don’t work hard or that they should be reluctant to hold others accountable. In my experience they do, and they should. [3] But “hard work” by a leader doesn’t mean “burning more hours” or “focusing intently on the problem.” Stanford professors Jeff Pfeffer and Bob Sutton offer a different perspective on “what good leaders do” that corresponds closely to what I see in my practice:

Effective leaders must learn when and how to get out of the way and let others make contributions. Sometimes the best leadership is no leadership at all.

Leaders often have the most positive impact when they help build systems where the actions of a few powerful and magnificently skilled people matter least. Perhaps the best way to view leadership is as the task of architecting organizational systems, teams, and cultures–as establishing the conditions and preconditions for others to succeed. [4]

The process of “architecting systems, teams, and cultures” is long, arduous work that necessarily entails “living with open loops.” So what can leaders do?

Finally, note that this isn’t a challenge that novice leaders address once and resolve permanently–developing a greater tolerance for uncertainty is a lifelong responsibility. The client noted above is a highly experienced serial entrepreneur who has served as CEO and board member of multiple companies, and a few months ago he said to me, “I used to be able to deal with just a handful of unresolved issues hanging over me, and now I’m facing at least a dozen, and I’m less stressed than ever.” That is living with open loops.

[1] SCARF: A brain-based model for collaborating with and influencing others, page 4 (David Rock, NeuroLeadership Journal, 2008)

To Stay Focused, Manage Your Emotions