From Peacetime to Wartime 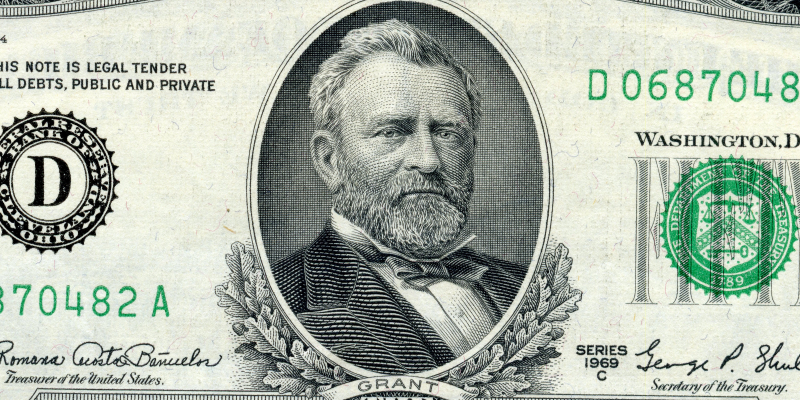 Lincoln remained silent for what seemed a very long time. He then gathered himself up in his chair and said in a tone of earnestness that I shall never forget, “I can’t spare this man. He fights.”

Jensen Harris, co-founder and CTO of Textio, as well as one of my clients, was particularly prescient about the impact of COVID-19, and he not only pushed his own organization to prepare and to take strong measures in response, he also took a visible and public stand that had an impact on a number of other companies that at the time saw no reason to do anything. [2] Jensen knew he had done the right thing, but felt some ambivalence about the forcefulness and vigor that characterized his actions and was uncertain how others would respond.

In a recent conversation we discussed the possibility that the pandemic is requiring leaders to adopt a “wartime” mentality, and we weren’t just speaking metaphorically. I’m generally uncomfortable using warfare as a metaphor for business–it seems disrespectful to the sacrifices made by actual warriors–but in the case of COVID-19 we are fighting a war, and wartime invariably asks something different of leaders than peacetime. In 2011 venture capitalist and former CEO Ben Horowitz wrote about the difference between “peacetime” and “wartime” conditions for business leaders:

Peacetime in business means those times when a company has a large advantage vs. the competition in its core market, and its market is growing. In times of peace, the company can focus on expanding the market and reinforcing the company’s strengths.

In wartime, a company is fending off an imminent existential threat. Such a threat can come from a wide range of sources including competition, dramatic macro economic change, market change, supply chain change, and so forth. [3, emphasis mine]

In peacetime, leaders must maximize and broaden the current opportunity. As a result, peacetime leaders employ techniques to encourage broad-based creativity and contribution across a diverse set of possible objectives. In wartime, by contrast, the company typically has a single bullet in the chamber and must, at all costs, hit the target. The company’s survival in wartime depends upon strict adherence and alignment to the mission. [4]

A man who comes to mind in this context–an actual warrior–is Ulysses S. Grant. He entered West Point at age 17 and later acquitted himself admirably in the Mexican-American War of 1846-48 (a conflict that Grant was bitterly opposed to, viewing it as “one of the most unjust [wars] ever waged by a stronger against a weaker nation.”) [5] Later assigned to a desolate post in distant California, desperately lonely for his family, and reporting to an officer with whom he had previously clashed, Grant took to drinking, which ultimately led to his resignation from the military.

Grant spent his 30s struggling to find his place, eking out a meager living on a small farm before giving up and taking a job in his father’s leather goods store working for his younger brothers. He was a respected member of his community, but he was a long way from greatness–and then the Civil War broke out in April 1861. Grant sought to be recommissioned, turned down a captaincy as too junior, and by the autumn had been made a general. For the next two-and-a-half years, Grant waged war in Kentucky, Mississippi and Tennessee with great success, although the press called him “The Butcher” for the bloodiness of his campaigns. [6]

During this time Abraham Lincoln was growing increasingly frustrated by the cautiousness and ineffectiveness of the senior generals who had failed to directly confront the Confederacy’s main fighting force, the Army of Northern Virginia under Robert E. Lee. In March 1864 Lincoln promoted Grant to lieutenant general, the first man to hold that rank since George Washington in 1798, and placed Grant in command of all Union forces. Thirteen months later the war was over.

I’m not suggesting that Grant single-handedly won the war, but he was clearly well-suited to be a wartime leader, a direct and dynamic figure who succeeded where his polished predecessors had failed. Journalist Joel Achenbach has described some of the qualities that characterized Grant’s leadership:

One Union officer famously wrote that Grant “habitually wears an expression as if he had determined to drive his head through a brick wall, and was about to do it.”

In the Army of Northern Virginia, the rebel general James Longstreet, who knew Grant well from their military adventures long before the great rupture, knew what was coming: “That man will fight us every day and every hour ’til the end of the war.”

At photographer Mathew Brady’s studio, an assistant to Brady fell partway through a skylight and showered potentially lethal glass shards all over the floor next to Grant, who had been sitting for a portrait. Grant barely flinched. He was almost superhumanly imperturbable. He was the kind of man who did not seem to hear the shrieking of the world. [7]

We need these qualities in our wartime leaders because they must act decisively and with conviction, mobilizing those around them to work together under conditions of great uncertainty while avoiding panic. This doesn’t simply result from command authority, a point made recently by technology executive Steven Sinofsky: “Nothing brings out the worst aspects of a dictator boss or manager than a crisis. Invariably they take the idea of wartime general too far and start to act like wartime dictator.” [8] Instead, effective wartime leadership is rooted in trust, Sinofsky continues:

The thing a crisis needs the most in order to effectively work it is organizational trust. Leaders must be trusted. Employees must be trusted to act. Trust is the resource you have been building as a peacetime leader–to act during a crisis you dip into that reserve.

Because as a wartime leader you are going to act a bit out of character and jerky to some, you need to have the trust of the team to act. If you have trust then your temporary jerkiness will be overlooked because the team will understand or believe you have some greater good in mind. [9]

And it’s the determined, persistent, calm leader who can take forceful, vigorous action to mobilize people while avoiding panic. But if you’re a leader today, you’re almost certainly feeling a great deal of distress, anxiety, and fear. This doesn’t mean that you’re incapable of wartime leadership–it means that you’re a human being. So bear in mind that leadership is a performance that requires you to fulfill necessary symbolic functions, and leadership is a professional practice that requires you to cultivate the ability to live with uncertainty.

I don’t think it was an accident that Ulysses S. Grant turned again to alcohol later in his command when he was responsible for the deaths of thousands of men in a single day of warfare–I suspect that even this “superhumanly imperturbable” man needed help in tuning out “the shrieking of the world” when it was at its loudest. There are better ways, and if you’re a leader today, my hope is that you’re getting the support you need, investing in self-care, and making the time to think so that it’s possible for you to show up as determined, persistent, and calm with the people who are depending on you.

This will be essential in maintaining trust, even as you “dip into the reserve” that you established in peacetime. And it’s noteworthy that Lincoln and Grant’s partnership–one of the greatest working relationships in history–was characterized by a deep sense of trust, reflected in one of the president’s letters to his general in April 1864:

Not expecting to see you again before the Spring campaign opens, I wish to express, in this way, my entire satisfaction with what you have done up to this time, so far as I understand it. The particulars of your plans I neither know, or seek to know. You are vigilant and self-reliant; and, pleased with this, I wish not to obtrude any constraints or restraints upon you… If there is anything wanting which is within my power to give, do not fail to let me know it.

And now with a brave Army, and a just cause, may God sustain you. [10]

For Amy Wright, who I see embodying these qualities every day.

Leadership as a Performing Art

How to Think (More on Open Space and Deep Work)

[1] Abraham Lincoln and Men of War-Times: Some Personal Recollections of War and Politics during the Lincoln Administration, page 180 (A.K. McClure 1892/1996, 4th edition)

[6] They called Grant a butcher. But can a butcher have regrets? (Phillip Greenwalt, Hallowed Ground, Fall 2018)

[7] U.S. Grant was the great hero of the war but lost favor with historians (Joel Achenbach, The Washington Post, 2014)