We are in the middle of a wave of interesting new productivity software startups – there are dozens of companies that remix some combination of lists, tables, charts, tasks, notes, light-weight databases, forms, and some kind of collaboration, chat or information-sharing. All of these things are unbundling and rebundling spreadsheets, email and file shares. Instead of a flat grid of cells, a dumb list of files, and a dumb list of little text files (which is what email really is), we get some kind of richer canvas that mixes all of these together in ways that are native to the web and collaboration.

Then, we have another new wave of productivity company that addresses a particular profession and bundles all of the tasks that were spread across spreadsheets, email and file shares into some new structured flow. For example:

Part of the point of both of these waves of company creation is that merely taking Excel or Word or Powerpoint and putting them onto the web may make the file share thing work a bit more smoothly, but doesn’t actually create a new workflow. If I’m a lawyer reviewing files for court, pasting the file names into a Google Sheet is probably better than pasting them into an Excel file on a network drive, but it’s still not as good as an actual tool.

In parallel to this, we have yet another set of company creation going on: the creation of vertical two-sided marketplaces, connecting some kind of service provider with their customers and providing tools and services around that. A16z has invested in Honor (home help) and Incredible (nursing), and there are lots of others, doing everything from truck drivers to oil field workers to dog walkers or gardeners. This might sound unrelated to ‘productivity’, but in fact all of these are unbundling and remixing spreadsheets, email and file shares as well, but from the opposite direction. If you want to book X, the old workflow is a spreadsheet or an old-world database, plus phone calls, faxes or email. And the way you solve this is not by moving it from Excel to Google sheets, any more than the way you solve version tracking of video edits or legal document review is to move it from Excel to Google sheets. You solve it with a dedicated workflow and tools. Incredible is Figma for booking nurses – or vice versa.

Viewed in that light, LinkedIn is part of both of these stories. LinkedIn tried to take the flat, dumb address book and turn it into both structured flow and a network of sorts. But by doing that for everyone, it has the same problem as a spreadsheet, file share or email – it’s a flat, lowest-common-denominator canvas that doesn’t capture the flows that many particular professions or tasks need. That’s the other side of the opportunity for Honor or Incredible: we unbundle LinkedIn, just as we unbundle Excel (my colleagues at a16z wrote about this here).

So, in 2010 Andrew Parker made a much-copied graphic showing how many startups were unbundling parts of Craigslist into dedicated vertical marketplaces. Today we’re also unbundling both LinkedIn and Excel, in the same ways and for the same reasons. There’s an old joke that every Unix function became an internet company – now every Craigslist section, or LinkedIn category, or Excel template, becomes a company as well. Depending on the problem, that might be a new collaboration canvas, or a new networked app, or a new network or marketplace, and you might switch from one form to the other. Github is a developer tool that also became a network – it became LinkedIn for developers. 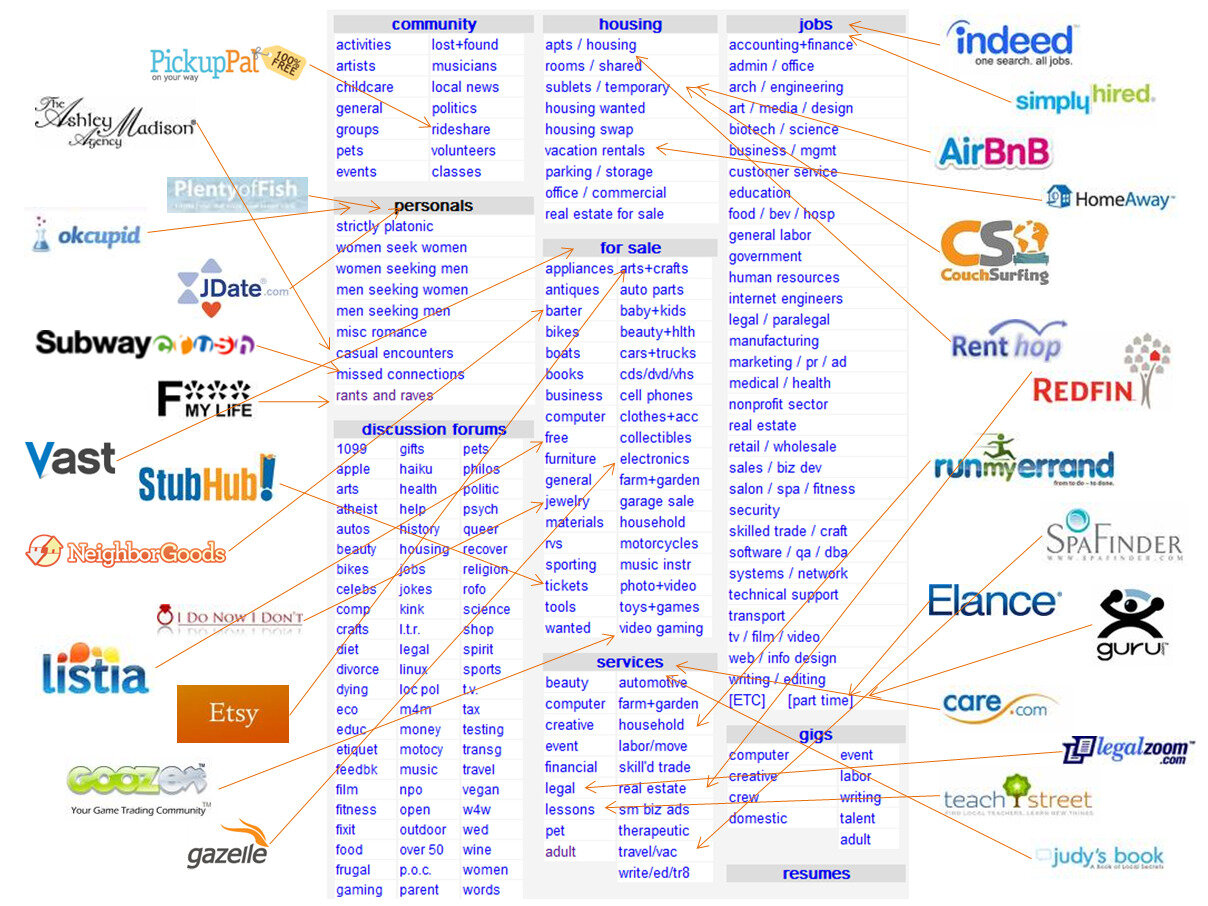 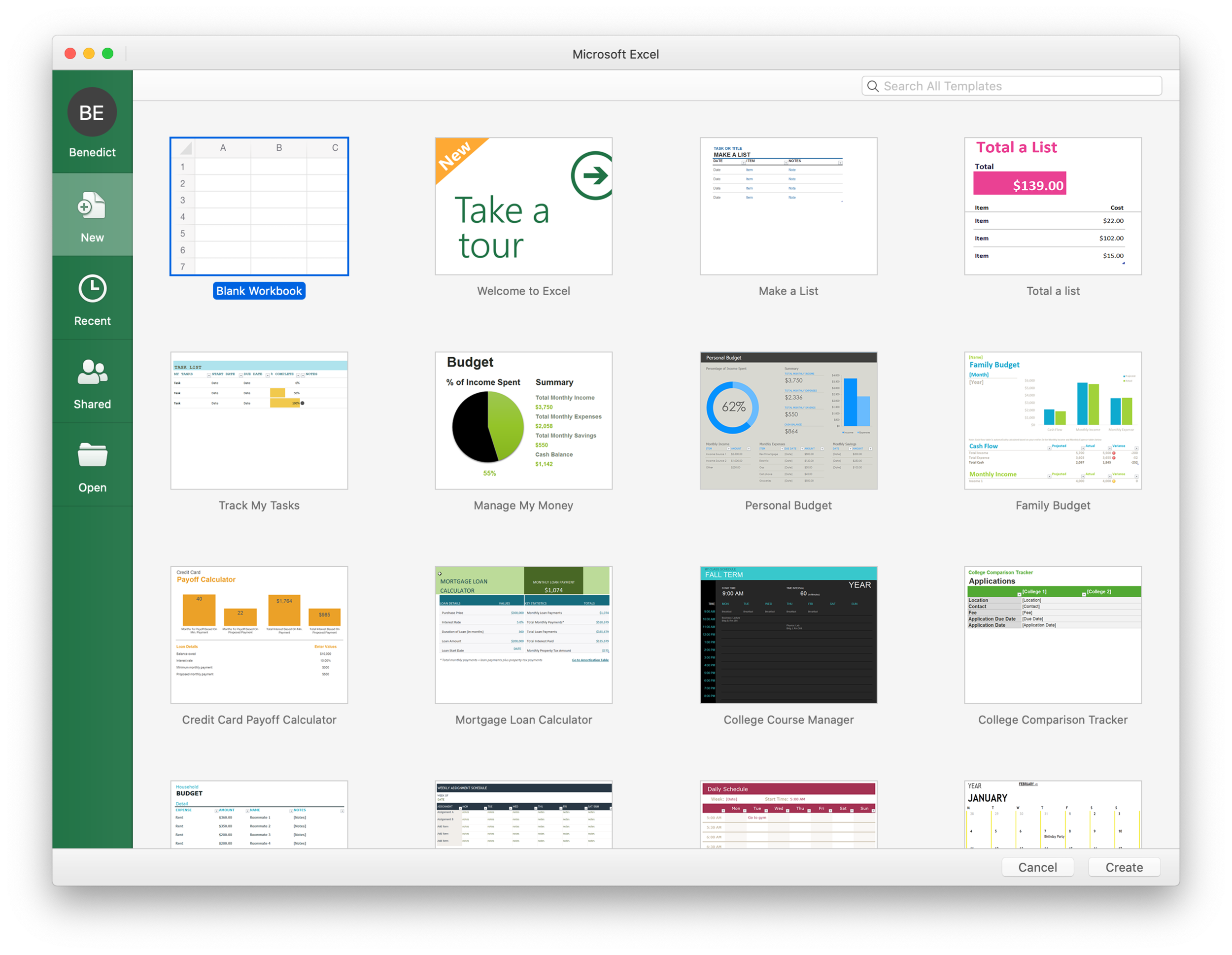 But then, that isn’t static either. At a certain point, coolproductivityapp.io finds that people are a bit baffled by a flexible freeform canvas that lets them remix some combination of lists, tables, charts, tasks, notes, light-weight databases, forms and some collaboration, so you need to create some templates – maybe one for CRM, or events, or support tickets. And then… well, each of those becomes a company. The unbundler gets unbundled, or rebundled.

Meanwhile, a few years ago a consultant told me that for half of their jobs they told people using Excel to use a database, and for the other half they told people using a database to use Excel. There’s clearly a point in the life of any company where you should move from the list you made in a spreadsheet to the richer tools you can make in coolproductivityapp.io. But when that tool is managing a thousand people, you might want to move it into a dedicated service. After all, even Craigslist started as an actual email list and ended up moving to a database. But then, at a certain point, if that task is specific to your company and central to what you do, you might well end up unbundling Salesforce or SAP or whatever that vertical is and go back to the beginning.

Of course, this is the cycle of life of enterprise software. IBM mainframes bundled the adding machines you see Jack Lemmon using below, and also bundled up filing cabinets and telephones. SAP unbundled IBM. But I’d suggest there are two specific sets of things that are happening now. 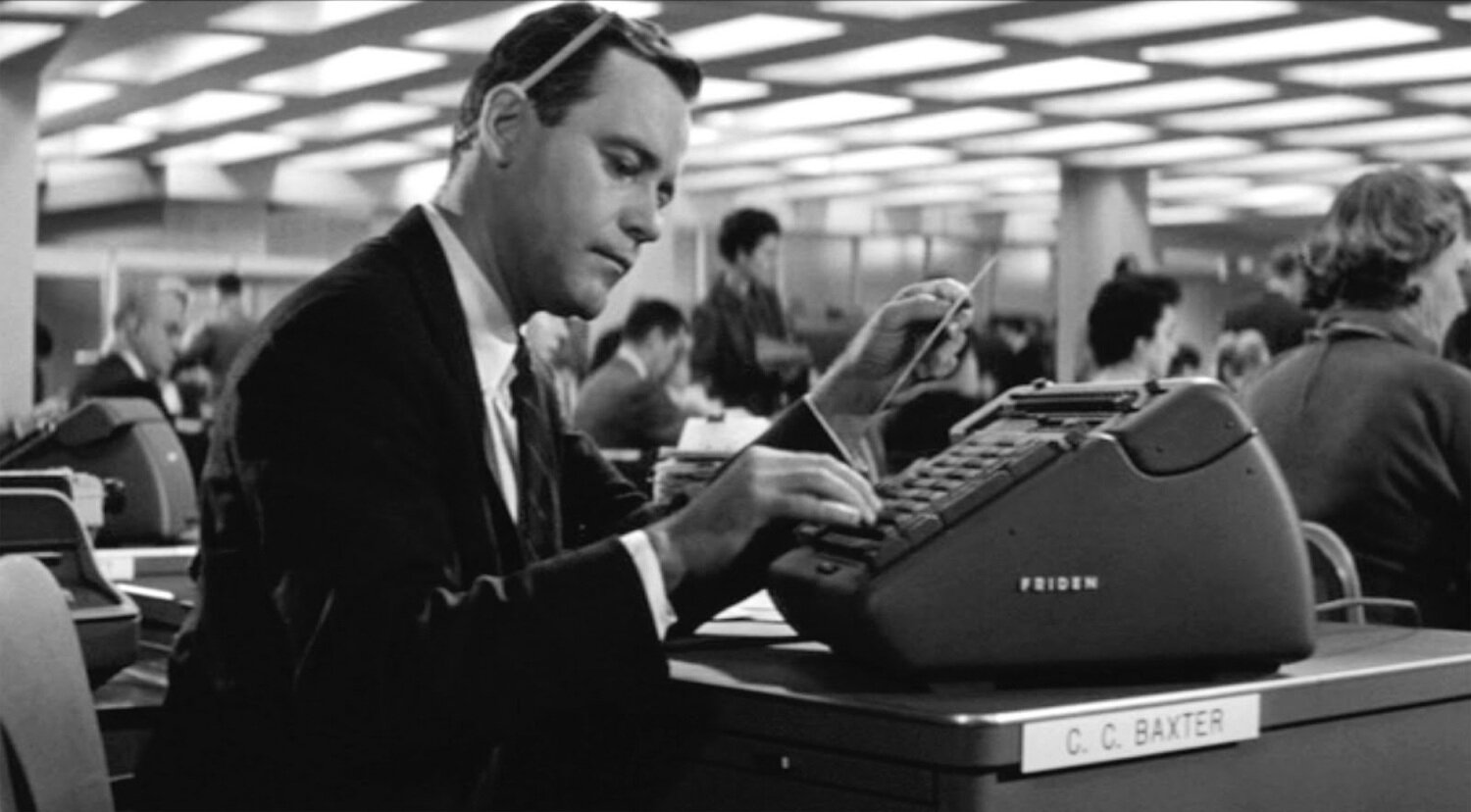 First, every application category is getting rebuilt as a web application, allowing continuous development, deployment, version tracking and collaboration. As Frame.io (video!) and OnShape (3D CAD!) show, there’s almost no native PC application that can’t be rebuilt as a web app. In parallel, everything now has to be native to collaboration, and so the model of a binary file saved to a file share will generally go away over time (this could be done with a native PC app, but in practice generally won’t be). So, we have some generational changes, and that also tends to create new companies.

But second, and much more important – everyone is online now. The reason we’re looking at nursing or truck drivers or oil workers is that an entire generation now grew up after the web, and grew up with smartphones, and assumes without question that every part of their life can be done with a smartphone. In 1999 hiring ‘roughnecks’ in a mobile app would have sounded absurd – now it sounds absurd if you’re not. And that means that a lot of tasks will get shifted into software that were never really in software at all before.