How to rein in Big Tech 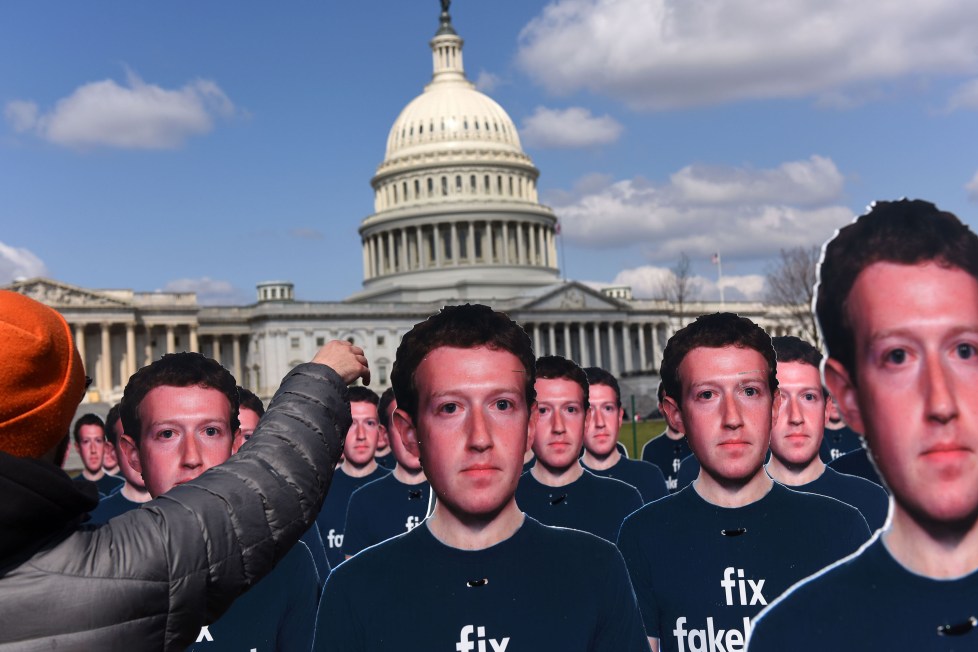 Cardboard cutouts of Facebook founder and chief executive Mark Zuckerberg were placed outside the U.S. Capitol in Washington on April 10, the day Zuckerberg testified before Congress.

Every month, new controversies emerge regarding Facebook, Google, Twitter and other Internet-based companies. Self-regulation clearly has not worked, and this slow-dawning reality has led to a number of proposals to rein them in.

Some critics have proposed regulating the platform companies as utilities, or even as monopolies. The European Union recently implemented its ambitious General Data Protection Regulation to protect user data and privacy. Germany passed its “Facebook law,” permitting fines of large social-media companies that fail to promptly delete hate speech.

But those interventions don’t address a crucial dilemma. Governments can’t really check misbehaving companies if regulators can’t bar them from their domestic marketplace. Automakers could simply ignore safety and environmental regulations if there was no way to stop them from selling their cars. A fracking company could inflict major damage if the Environmental Protection Agency lacked the authority to shut down its operation.

Yet when it comes to Internet-based platform companies, they seemingly exist everywhere and nowhere, making up their own rules. So enforcement is more challenging. As you tap the Google map or launch a tweet, it makes no difference if the server running the algorithm resides in the United States or halfway around the world. If Facebook is threatened by regulators, it could just place its servers on an island in international waters or, in the future, use Internet-beaming balloons.

The Trump administration’s trade war with China is partly motivated by disagreement over digital technology use and transfers, but it is difficult to prevent Chinese software companies from accessing U.S. digital markets.

That’s very different from how traditional brick-and-mortar companies operate. They must obtain licenses and permits, and follow mandated rules. If a DowDuPont chemical plant violates the rules, whether in Delaware or India, it can be fined or even shut down.

What if we make the online world work more like the brick-and-mortar world? What if regulators create “digital licenses” for Internet-based companies, which make clear the rules and conditions required for market access? Companies above a certain size would have to agree to follow regulations that support free markets and democratic values.

The EU’s General Data Protection Plan is an example of a digital license, focused narrowly on personal data and privacy. Other areas for potential targeting include labor rights and working conditions, competition and monopolistic practices, taxation, artificial intelligence development, and data collection and retention.

But what if the company refuses to follow the conditions of the digital license? After all, Facebook has a history of ignoring previous agreements and consent decrees.

Just as countries need to enforce physical borders to ensure leverage over trade and commerce, so too do they need to have the technological tools and legal basis to enforce their digital borders. That means the power to digitally evict the worst violators.

Is that even technically possible, to “evict” a Facebook or Google? Essentially, yes. Already, many countries use technology to decide which companies can access their online users and markets.

The “Great Internet Wall” of China, for example, has guarded its digital border using a number of methods, such as IP address blocking, packet filtering, and domain name system redirection to block websites such as Google, Facebook and Twitter.

Yes, such interventions have been deployed by repressive governments to censor speech and advance economic nationalism. But democratically elected and accountable governments can use these methods for loftier goals. Britain already has blocked some rogue websites.

Representative democracies can restrict access to enforce legitimate laws and regulations that uphold democracy, free enterprise and the rule of law. The U.S. government already structures communication markets in ways that are recognized as legitimate.

Some may object that digitally ousting a popular Internet platform would mean losing that company’s service. But actual eviction probably wouldn’t be necessary; even a credible threat would prod companies to adhere to the digital license. If not, ejection would allow for the emergence of new competitors. In China, the expulsion of Facebook and Google led to alternatives Tencent and Baidu which, despite omnipresent government restrictions, have matured into commercial giants.

One basic principle of U.S. capitalism is that the nation-state has an inalienable right to mandate the terms of operation for businesses and commercial activity. The free market has never been a free-for-all. Why should Internet-based businesses be allowed to operate differently from historical businesses?

In the end, no government can properly regulate giant Internet-based companies if it cannot enforce digital licenses by threatening to withhold entry to its markets. The best way to harness our digital future is to use technology itself to apply long-established principles for regulating businesses. We don’t need to overcomplicate this; just roll up our sleeves and get to work.

Steven Hill is a journalist and the author of “Raw Deal: How the ‘Uber Economy’ and Runaway Capitalism Are Screwing American Workers.”

To send a letter to the editor about this article, submit online or check out our guidelines for how to submit by email or mail.