Conversation : CULTURE
The digital revolution isn’t over but has turned into something else 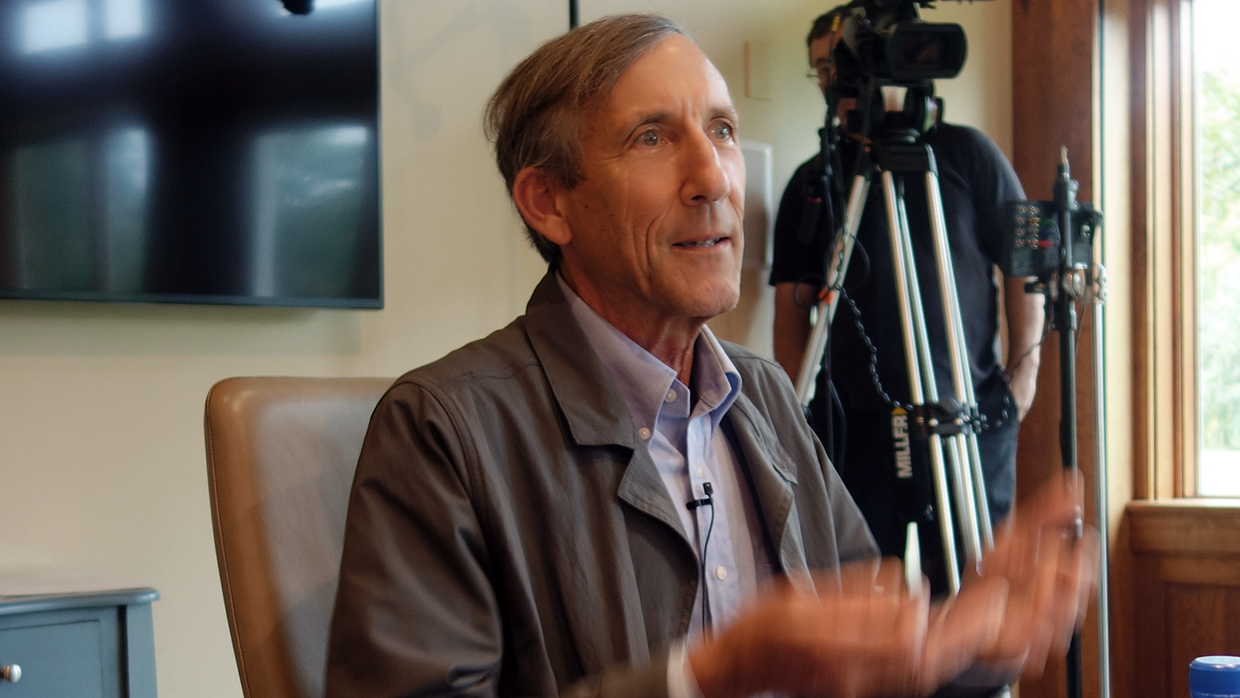 Nations, alliances of nations, and national institutions are in decline, while a state perhaps best described as Oligarchia is on the ascent. George Dyson explains in this, the first Edge New Year’s Essay.

George Dyson is the author of Turing’s Cathedral and Darwin Among the Machines (George Dyson’s Edge Bio Page).

All revolutions come to an end, whether they succeed or fail.

Two things then happened. As computers proliferated, the humans providing instructions could no longer keep up with the insatiable appetite of the machines. Codes became self-replicating, and machines began supplying instructions to other machines. Vast fortunes were made by those who had a hand in this. A small number of people and companies who helped spawn self-replicating codes became some of the richest and most powerful individuals and organizations in the world.

Then something changed. There is now more code than ever, but it is increasingly difficult to find anyone who has their hands on the wheel. Individual agency is on the wane. Most of us, most of the time, are following instructions delivered to us by computers rather than the other way around. The digital revolution has come full circle and the next revolution, an analog revolution, has begun. None dare speak its name.

Childhood’s End was Arthur C. Clarke’s masterpiece, published in 1953, chronicling the arrival of benevolent Overlords who bring many of the same conveniences now delivered by the Keepers of the Internet to Earth. It does not end well.

To those seeking true intelligence, autonomy, and control among machines, the domain of analog computing, not digital computing, is the place to look.

The digital revolution progressed through five stages: the repurposing of war-surplus analog vacuum tube components into the first generation of fully-electronic stored-program computers; the era of large central mainframes; the era of the microprocessor and personal computer; the advent of the Internet; and finally the era of fully-metazoan codes that populate the mobile landscape of today. The next revolution is the assembly of digital components into analog computers, similar to the way analog components were assembled into digital computers in the aftermath of World War II.

Digital computers deal with integers, binary sequences, deterministic logic, algorithms, and time that is idealized into discrete increments. Analog computers deal with real numbers, non-deterministic logic, and continuous functions, including time as it exists as a continuum in the real world. In analog computing, complexity resides in topology, not code. Information is processed as continuous functions of values such as voltage and relative pulse frequency rather than by logical operations on discrete strings of bits. Digital computing, intolerant of error or ambiguity, depends upon precise definitions and error correction at every step. Analog computing not only tolerates errors and ambiguities, but thrives on them. Digital computers, in a technical sense, are analog computers, so hardened against noise that they have lost their immunity to it. Analog computers embrace noise; a real-world neural network needing a certain level of noise to work.

The genius — sometimes deliberate, sometimes accidental — of the enterprises now on such a steep ascent is that they have found their way through the looking-glass and emerged as something else. Their models are no longer models.

The spectacular success of digital computers in modeling real-world phenomena, encoded as algorithms with the results used as output to control something in the real world, has outshadowed very different ways that digital computers, and networks of digital computers, can be used. Algorithms and digital simulations have become so embedded in our culture and world view that we find it almost impossible to recognize that other forms of computation, without algorithms or digital models, effectively control much of the world.

The genius — sometimes deliberate, sometimes accidental — of the enterprises now on such a steep ascent is that they have found their way through the looking-glass and emerged as something else. Their models are no longer models. The search engine is no longer a model of human knowledge, it is human knowledge. What began as a mapping of human meaning now defines human meaning, and has begun to control, rather than simply catalog or index, human thought. No one is at the controls. If enough drivers subscribe to a real-time map, traffic is controlled, with no central model except the traffic itself. The successful social network is no longer a model of the social graph, it is the social graph. This is why it is a winner-take-all game. Governments, with an allegiance to antiquated models and control systems, are being left behind.

Nature’s answer to those who sought to control nature through programmable machines is to allow us to build machines whose nature is beyond programmable control.

These new hybrid organizations, although built upon digital computers, are operating as analog computers on a vast, global scale, processing information as continuous functions and treating streams of bits the way vacuum tubes treat streams of electrons, or the way neurons treat information in a brain. Large hybrid analog/digital computer networks, in the form of economies, have existed for a long time, but for most of history the information circulated at the speed of gold and silver and only recently at the speed of light.

We imagine that individuals, or individual algorithms, are still behind the curtain somewhere, in control. We are fooling ourselves. The new gatekeepers, by controlling the flow of information, rule a growing sector of the world.

What deserves our full attention is not the success of a few companies that have harnessed the powers of hybrid analog/digital computing, but what is happening as these powers escape into the wild and consume the rest of the world.

The next revolution will be the ascent of analog systems over which the dominion of digital programming comes to an end. Nature’s answer to those who sought to control nature through programmable machines is to allow us to build machines whose nature is beyond programmable control.