Upscale Food and Gear Bring Campsite Cooking Out of the Wild

Barbara Hodgin, who was once president of the Pacific Crest Trail Association, is old enough to remember a time when, if you asked a backpacker what was for dinner, the standard answer was either “brown in a cup” or “green in a cup.” A clever hack for trail pad thai was an envelope of unsweetened lime Kool-Aid.

And if your phone dies while you are enjoying the wilderness, a tiny stove fed with twigs can convert that heat to electricity and charge it.

With visits to national parks setting records for three years in a row, and the rise of both culinary skills and the drive to document every meal on social media, the nation’s campsite cooking has taken a quantum leap.

“Why not make the food every bit as good as the views you are seeing?” asked Elaine Johnson, the senior food editor and resident camping expert at Sunset magazine, which first took on the subject of camp cooking in 1901 with a report from the High Sierra on how to make grouse stew and hash balls from canned corned beef and potato flakes.

“We’re in a golden age of camp cooking, with food that’s fresh, inventive and a cut above, both in flavor and in style,” said Ms. Johnson, a veteran camper who is newly enamored of camp cafés au lait made with a battery-powered milk frother.

Instagram, Pinterest and the unexpected popularity of the van-life movement have raised expectations, so camp food has become better, she said. Gear is prettier, too. “All the different choices you can get now make cooking outdoors a lot easier as well as more beautiful,” she said.

Hyper-cold coolers that can cost more than $300 and are so efficient that river rafters can enjoy fresh chicken 10 days into a trip are hot sellers in the $19 billion outdoor and camping market, according to a study by the global information company NPD Group.

At REI, the Seattle-based outdoor-gear retailer, sales of cast-iron skillets are up 57 percent in the last year. Mini-skillets big enough to cook only one egg or a personal brownie are particularly popular, said Megan Behrbaum, a company spokeswoman.

The number of camp cooks is growing, too. A million more American households have headed into the woods every year since 2014, according to a survey by the research company Nielsen Scarborough, and an estimated 13 million plan to camp more often in 2017 than they did last year.

Many of them are sophisticated eaters looking to nail a great meal in a remote setting.

“People who are part of the foodie movement want to carry that onto the trail,” said Inga Aksamit, a distance backpacker who lives in Sonoma County, Calif., and wrote the new book “The Hungry Spork: A Long Distance Hiker’s Guide to Meal Planning.”

She is one of more than 10 million Americans who backpack, many of them relying on spreadsheets, grids and calorie charts to plan a trip’s worth of meals light enough to carry on their backs but nutritionally dense enough to provide sufficient fuel to keep hiking.

The classic hard-core ultralight backpacker may chop off the handle of a spoon to save a few grams, or eat instant coffee instead of wasting time and fuel boiling water. But for others who carry supper on their backs, food quality outweighs ounce-counting.

“I see a lot of hikers who are very reluctant to give up good food as they go into the outdoors,” Ms. Aksamit said.

One of them is Leslie Peng, 35, who brings the same approach to her backpacking menu that she does to her job as the chef de cuisine at the Slanted Door in San Francisco. She and her husband, John Griffiths, 38, who is also a chef, both car-camp and backpack. The culinary approach to each is different.

During a recent overnight car trip to a campsite not far from Lake Tahoe, they brought a bottle of Bandol rosé, two flatiron steaks, some English peas, farro and maitake mushrooms. Just to keep warm, they tucked in a flask of plum brandy a friend’s uncle had made. 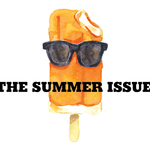 The Most Delicious Summer on Record

Advice for camp cooking, picnics and potlucks, along with recipes, cocktails, frozen desserts and a taste-test of the best supermarket hot dogs.

Their menu for backpacking trips, like the one they are about to take outside Nagano, Japan, is built on resealable silicone bags filled with dried food they will reconstitute with boiling water from a small, fuel-efficient stove.

The base of their one-bag supper might be rice noodles or broken jasmine rice seasoned with custom spice blends and maybe some Happy Chicken Chinese bouillon, whose taste reminds Ms. Peng of her childhood. They’ll add bits of salami or nori or some crunchy dried Japanese snacks, like the sweet, salty dried shrimp she has been partial to lately.

When it’s time to eat, they pour in the boiling water, seal the bag, then tuck it into a coat or a beanie to keep things hot.

“The key is to really break things up into the smallest pieces as you can,” she said. “You can’t hope to have perfect long noodles backpacking. The best you can hope for is a close approximation at the end.”

The point is to avoid packaged freeze-dried food. “It’s offensive, a lot of the backpacking food that we’ve eaten,” she said. “Sometimes it literally tastes like melted plastic.”

But the $300 million freeze-dried food market is getting something of a reboot, too, with more global flavors and individual ingredients available online. Legacy outdoor companies like Patagonia are selling food now, as are upstart outfits like Good to-Go, a Maine company that Jennifer Scism, 52, a chef and former partner at the acclaimed New York restaurant Annisa, started in 2014.

Her dehydrated versions of gluten-free penne with marinara sauce and Thai curry sell for $12.50 for two servings. She bagged 196 meals the first year. This month alone, her company has packaged 45,000.

Plenty of people are dehydrating their own food, creating recipes that are far more delicious than what campers used to eat.

Laura Ohm of Portland, Ore., and her husband, Fred Lifton, are known for their backpacking Bolognese sauce made from reconstituted tomato leather and grass-fed beef that they mix with bread crumbs before they dehydrate it. (It’s a trick pioneered by Glenn McAllister, who calls himself the Backpacking Chef and whose techniques for making potato bark and other dehydrated foods remain the gold standard for many trail cooks.)

Although rehydrated Bolognese might not sound appealing, a meal that might taste just O.K. at home tastes great after a day of hiking, said Ms. Ohm, 45.

Dehydrated meat is not what many cooks envision when they head to the woods. They want a smoke-kissed meal cooked over a campfire in a cast-iron pot.

“That’s camp cooking for the visual, digital world,” said Anna Brones, 33, who along with Brendan Leonard, 38, wrote “Best Served Wild: Real Food for Real Adventures,” to be published in August. “There is this tendency to show outdoor cooking as something with an enormous Dutch oven and a big cast-iron pan and some big piece of meat.”

Their approach is lighter and simpler, both in recipes and equipment. They are fans of the old-school two-burner Coleman stove, which allows them to make a good meal in places that don’t allow fires and offers the flexibility to prepare chilaquiles for breakfast; hot, fresh flatbread for lunch; and spicy dal with red lentils, kale and fresh ginger for dinner.

“There really is this sense of accomplishment you feel to pull off a really good meal in a small, simple camp kitchen,” she said. “It’s just simple, good food that tastes so much better outdoors.”

Then again, perhaps not so simple. Ms. Brones brings a hand grinder and coffee beans, along with a titanium French press.

She is part of a revolution in camp coffee, said J. J. Jameson, 56, a senior instructor for REI Outdoor School, who took his first backpacking trip when he was 17. Last year, he and REI’s other instructors taught 350,000 people how to do things outdoors, including cook.

“We’ve gone from logs on the fire and one skillet and cowboy coffee to much more elaborate cooking styles,” he said.

Campers are demanding better coffee and drinking more of it, filling 20-ounce insulated mugs. “One person might dump the whole pot into their mug,” he said. “That has become a thing that didn’t used to be a thing.”

Still, there are some corners of the woods where old-fashioned camp cooking remains the gold standard. At Chewonki, a 100-year-old outdoor education camp in Wiscasset, Me., Greg Shute has been teaching children how to bake cakes in reflector ovens and pack a proper wanigan (a gear box designed to fit in a canoe) for 33 years.

Mr. Shute, 57, still makes old-fashioned coffee by adding loose grounds to a pot of water over a campfire. And “as simple as it sounds, one of our favorite meals in the backcountry remains a big pot of mac and cheese,” he said.

What matters is not what’s in the pot, but the process.

“All of our meals are shared, from gathering the wood to problem-solving to joining together to eat together around the fire,” he said. “That meal really connects you to a place, which is meaningful. That is why you are in the woods.”

An earlier version of this article and an accompanying picture caption misstated the given name of the chef de cuisine at the Slanted Door. She is Leslie Peng, not Lisa.

A version of this article appears in print on , on Page D4 of the New York edition with the headline: Campsite Cooking Sheds Its Rough Edges