Why Being a Middle Manager Is So Exhausting 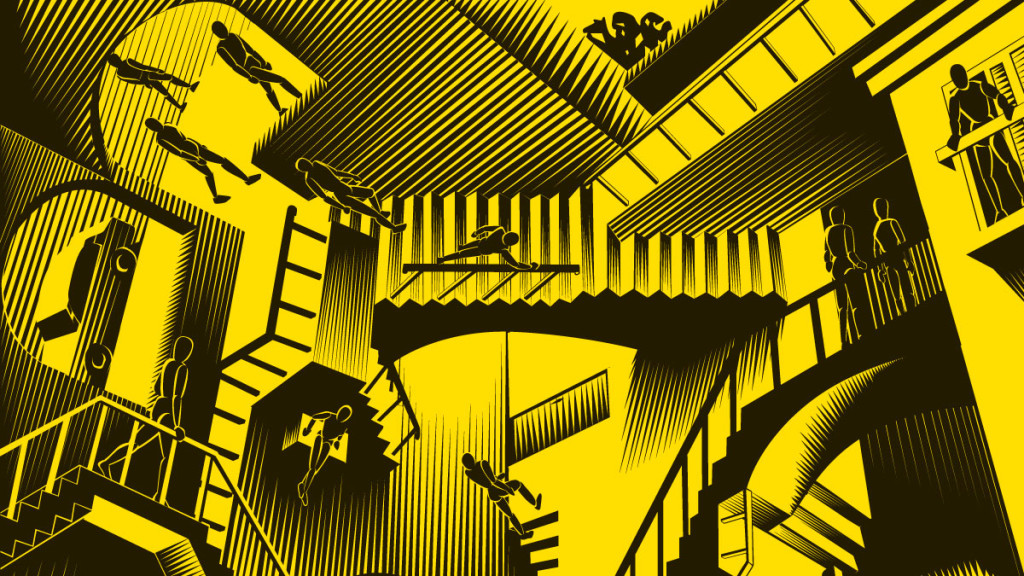 There is no shortage of advice for how to navigate power dynamics within organizations — from managing toxic or exceptionally gifted subordinates to dealing with unpredictable and narcissistic bosses. Researchers have devoted entire careers to systematically cataloging the many ways in which those who have power differ from those who lack power with respect to their motivations, behaviors, biases, etc. (a sampling of these findings can be found here, here, here, and here).

The problem is that most of these recommendations tend to focus on the experience of leading or following in isolation, while neglecting the unique challenges inherent in having to do both. Despite our fascination with the extreme ends of the power distribution, the reality is that most employees possess a middling amount of power and must repeatedly alternate between interacting with higher and lower power colleagues. This experience is particularly prominent among middle managers, a group who are defined by their intermediate power levels within an organization.

In a forthcoming paper in the Academy of Management Review, we present a theory of power that moves beyond a static comparison of high and low power actors to consider the full spectrum of organizational power dynamics. From a research perspective, our paper draws from and integrates findings from neuropsychology and the social hierarchy literature to make predictions about the cognitive, emotional, and behavioral effects of power. It updates and extends past academic work, which has been fixated on theorizing and testing the effects of either having or lacking power in isolation. In other words, our framework has something to say not only about the extreme power states experienced by your company’s CEO or new cohort of interns, but also the more complicated relationship to power that characterizes day-to-day life for many middle managers.

Middle managers have a complicated relationship with power because power is activated and experienced in the context of interpersonal relationships. When interacting with our superiors, we naturally adopt a more deferential low-power behavioral style. When interacting with subordinates, on the other hand, we adopt a more assertive high-power behavioral style. Failure to conform to these role-based expectations can lead to social conflicts and confusion, so people are very good at learning how to play the part that is expected of them.

Middle managers, however, are expected to play very different roles when moving from one interaction to the next, alternating between relatively high and relatively low power interaction styles. By virtue of their structural positions, they are simultaneously the “victims and the carriers of change” within an organization, receiving strategy prescriptions from their bosses above and having to implement those strategies with the people who work beneath them. As a result, middle managers often find themselves stuck in between various stakeholder groups, which can produce “relentless and conflicting demands.”

According to Arizona State’s Blake Ashforth and colleagues, these types of micro role transitions in the workplace can produce exactly the type of role conflict that we propose middle managers are disproportionately likely to experience. In many cases, the norms and expectations associated with being a leader (e.g., assertiveness) are incompatible with the norms and expectations associated with being a subordinate (e.g., deference). This becomes problematic when one is called upon to play both roles at work because humans are notoriously inefficient when it comes to task switching, as evidenced, for example, by research showing mood spillover effects from work to home and vice versa. Simply put, it is psychologically challenging to disengage from a task that requires one mindset and engage in another task that requires a very different mindset.

This vertical code-switching, as we call it, can take a toll, according to a wide body of research. On the emotional side, conflicting roles lead to increased feelings of stress and anxiety, reflecting the tension between incompatible social expectations. Physically, the high stress levels that accompany such conflicts are risk factors for a large number of health problems, from hypertension to heart disease. As if that weren’t enough, conflicting roles can disrupt cognitive performance and the ability to focus on a task without getting distracted. In a large-scale epidemiological study involving survey responses from 21,859 full-time employees across a wide range of industries, for instance, researchers from Columbia University and the University of Toronto observed that employees in mid-level organizational positions had higher rates of depression and anxiety than employees who occupied positions nearer either end of the hierarchy, findings that can be added to the long list of reasons why middle managers are so unhappy.

There are some ways to ease the burden however. Here are our recommendations:

Some people may believe that they will just be “passing through” middle management on their inevitable march to the executive suite. The reality, however, is that most companies need effective middle managers over the long haul. Google infamously tried to eliminate their engineering managers only to learn that managers mattered — a lot. Other researchers have similarly found that middle managers can make a big difference to organizational performance. Ethan Mollick at Wharton, for example, recently conducted a large-scale analysis of the computer game industry and determined that the behavior of middle managers accounted for 22.3% of the variance in revenue. The Boston Consulting Group reached a similar conclusion, calling middle managers a “neglected but critical group” after surveying thousands of employees about the drivers of success at their firms.

All of this suggests that it is critical to understand the unique psychological pressures that are faced by middle managers, along with strategies for easing the burdens that come along with their structural positions.