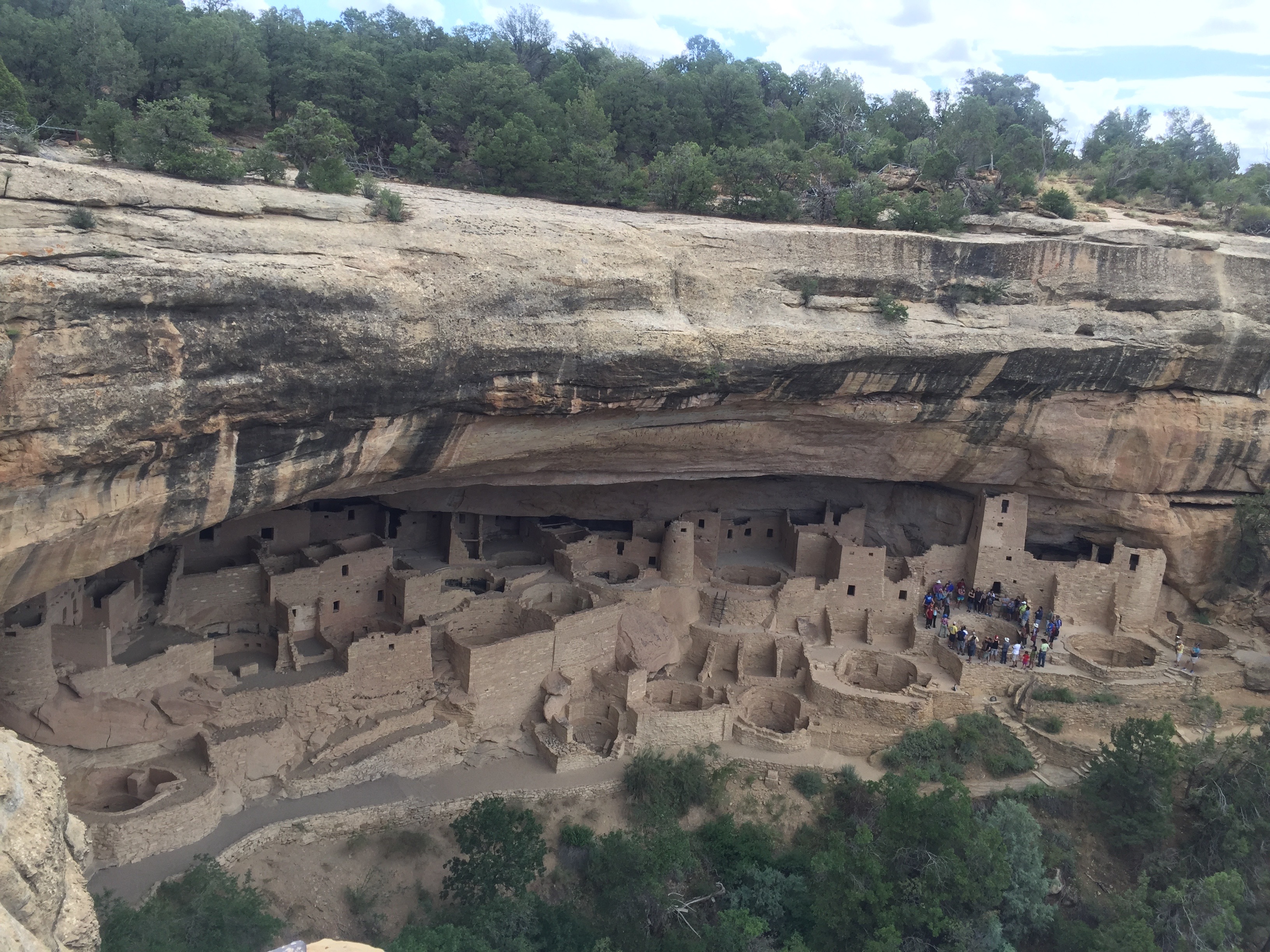 I was now getting used to the pace a bit better, and decided to change up my plans again. I had originally planned to camp at the end of day 6 at Sand Island. Not (at all) because it looked like a cool place to camp, just because I thought I’d be pretty tired, and would only really make it that far. I recalculated, decided to shoot straight through to Moab at the end of the day, and went for it.

First up today was Mesa Verde National Park. This was actually something I was really looking forward to, as “ancient” cultures really fascinate me, and I’ve always been particularly amazed that people would be able to build entire cities in the faces of these cliffs, and survive out here in a really unforgiving place. I should have planned ahead a bit more and 1. realized how far the drive is from the entrance of the park, to everything you can look at, and 2. arrange a walking tour in amongst one of the cave dwellings. Since I did neither of those things, I felt a bit rushed, and had to settle for mostly just looking at the dwellings from the facing cliffs (luckily I picked up a pair of cheapo binoculars along the way which helped a bit). It was still a highlight though, and I got to see a bunch of dwellings, check out the museum, and learn a bit more about the people of the area. 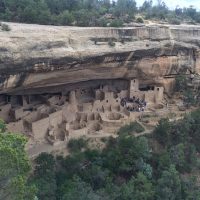 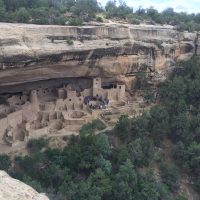 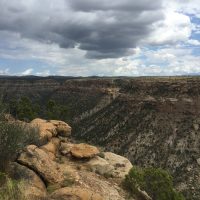 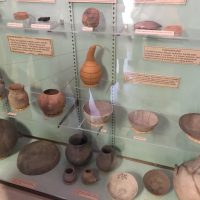 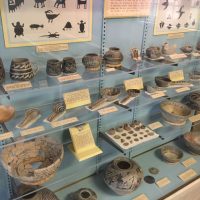 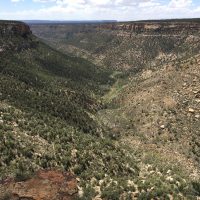 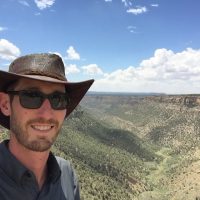 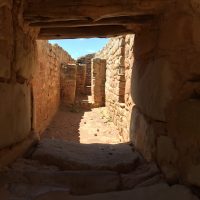 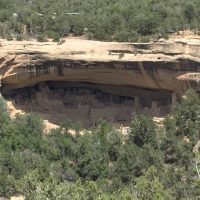 One thing I saw in the museum at Mesa Verde that really stuck with me was the demonstration of how most common pottery shapes can be directly tied to the shapes found in traditional gourds (pictured above). Really interesting, and so logical in hindsight.

After getting lunch in the park, I was on the road again, headed down to Four Corners Monument so that I could take cheesy tourist photos along with everyone else (including the random woman featured in one shot below): 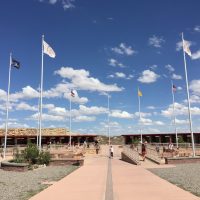 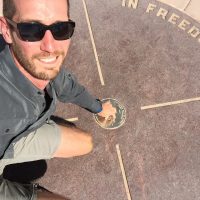 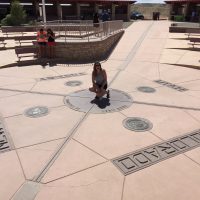 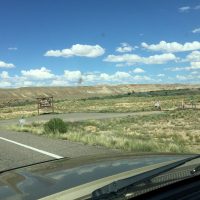 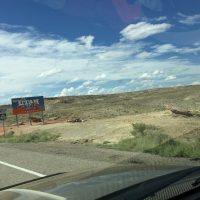 The monument itself is pretty weird, and feels super random. It’s out in the middle of nowhere (well, I guess technically it’s in the corner of four nowheres!), with scrubby, “desert” around it in every direction. You drive for a long, long time to get there, and then there’s nothing except this weird plaza, surrounded by small stalls. The stalls are (partially) filled with Native Americans who are selling trinkets and tchotchkes. It’s eerie. Then there’s a line of mostly-silent people, who orderly wait their turn to head to the center of the monument and take their requisite 3 photos each (as dictated by signs posted all around the center). Very strange.

Anyway, I got my selfie, touching all 4 states at once, so I guess now I have technically “been to” New Mexico (had not been before). I also bought some “Navajo Frybread” from a stall near the monument (mmm delicious and oily!) and then I was done. From there, I got back on the long, boring, flat, straight roads, and headed into Colorado again, then turned and was off into Utah. 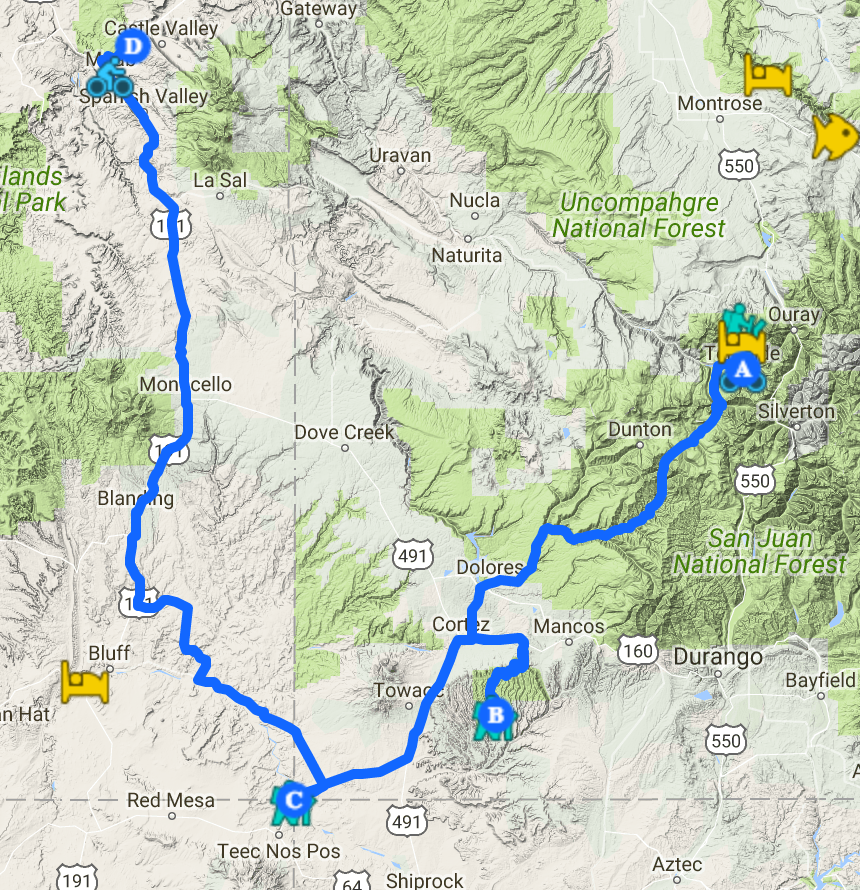 I pretty much just drove right through to Moab, without really stopping. I think I pulled over a couple times just to stretch my legs, but didn’t really hang out anywhere. Once I got to Moab, I actually rolled right through, took a right on Highway 128, and started looking for a spot to camp for the night. The BLM maintains a number of campgrounds along this scenic byway, and since they’re first-come, first-served, I was hoping to get a spot not too far from town. I got pretty lucky and found a decent site in the Drinks Canyon campground, perfect for one small tent. I paid my $15, set up for the night, and enjoyed some pretty epic views from right on the banks of the Colorado River. 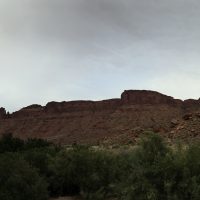 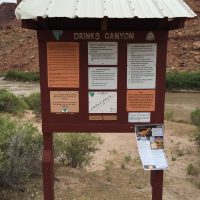 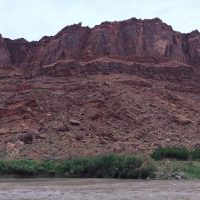 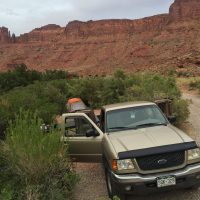 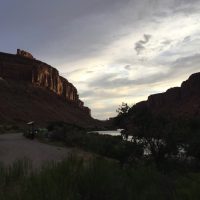 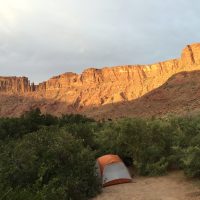 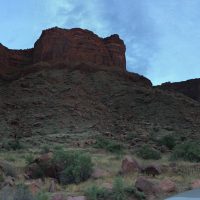