On this day, 4 years ago, I started full time with Automattic. This is my 4th Automattiversary.

I had already been on trial for 5 months by that point (since January), and had a good feel for the company and the other Automatticians. I knew it was where I wanted to be. So I accepted the offer, and became a fully-fledged member of a relatively small team (I was employee number 35) that was bringing blogging to the people (amongst other things).

In the four years since then, a lot has happened and changed.

One of the most obvious things is that the company went from this (taken at my first full-company meetup, in Quebec, Canada)… 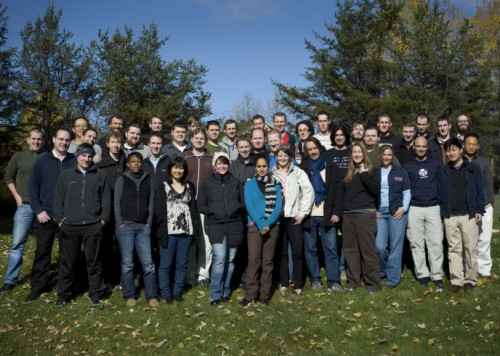 …to this (most recent full-company meetup in San Diego, California, although we’re significantly bigger already, I think 160-something people): 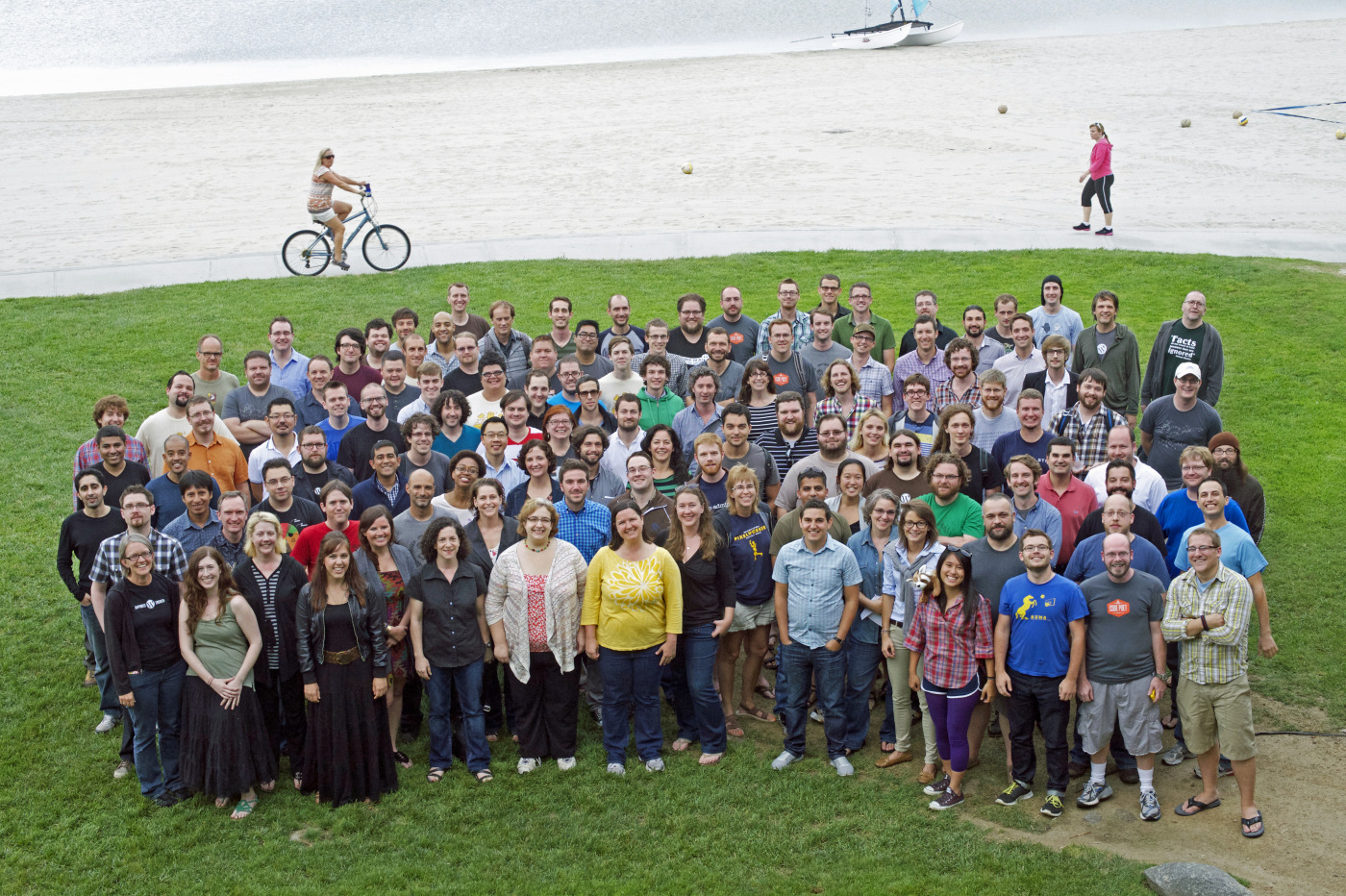 But so much more has happened. Let’s see:

I’m sure there’s so much more, but it’s hard to keep up with all the things going on these days. I hadn’t even realized until just now, but this is also the longest I’ve ever worked at one company; even though in some ways it feels like I’ve worked for a few different ones because I’ve done such different things along the way.

Here’s to at least another 4 years with the best company, made up of the best people, that I’ve ever worked with. 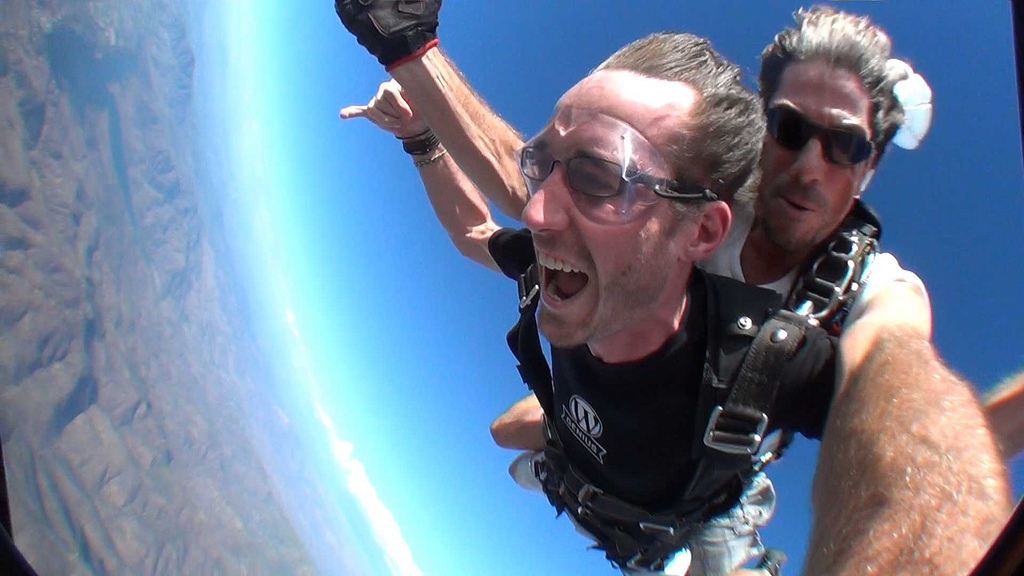 Me skydiving in San Diego, during a work trip 🙂