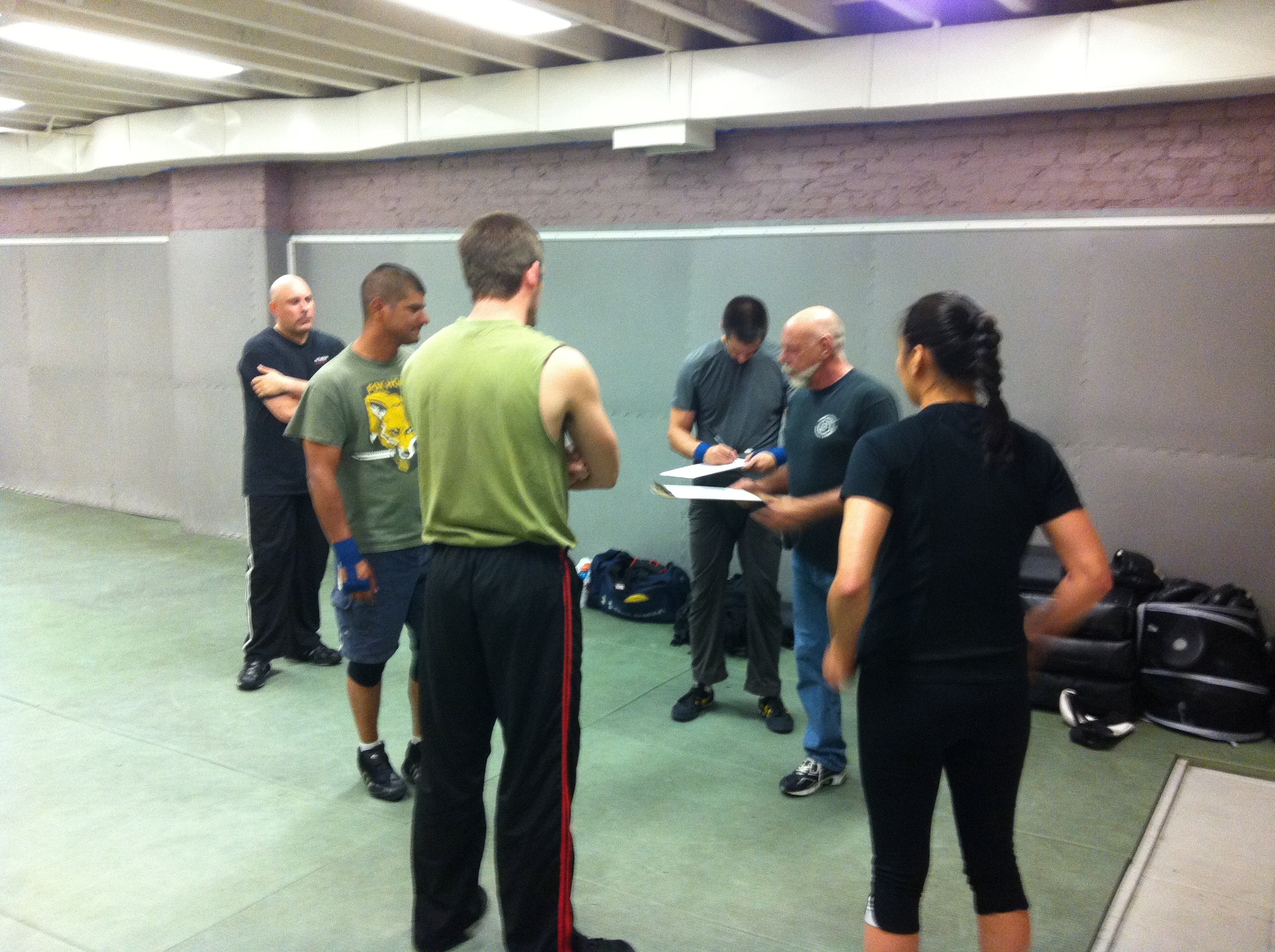 This past Saturday, I had a test that was long overdue — a test that I originally should have taken almost 2 years ago. I tested to go from Level 4 (Green Belt) to Level 5 (Blue Belt) in Krav Maga at my gym here in San Francisco. I have missed this test twice now (once each year) because of scheduling conflicts, and thought I was going to miss it again this time around. Luckily things worked out and I was able to put the time in so that I felt ready for the test.

Starting at 1:30pm, we had 1 hour of “warm-up” (a.k.a death drills, see above!) with Instructor Christian, who took us through a bunch of running/sprinting, jumping, crawling, dragging and rolling drills to push us towards exhaustion. The idea of this is to take off the “edge” of being fresh, so that during the actual test you’re already fighting from a sub-optimal position, and the instructors get to see what’s in your muscle memory, rather than what you’re able to cogently put together on the spot. This warm-up was pretty brutal and actually 2 of the people testing had already been sick by the end of it.

After the warm-up we were thrown into the actual test, with Instructors Christian and Barny both being there to observe and grade us on our technique. The test consisted of an additional 5 or so hours of technique demonstration/repetition, and then (I think) about 6 double-rounds of sparring. We covered Level 4 techniques such as:

In the sparring, we did back to back rounds of standing and then ground fighting, cycling through each of the other students one by one.

I thought it’d be fun to record some statistics this time around, and had the benefit of now having a Withings scale and a Fitbit. Here’s what I collected:

Fitbit (entire day, although since this is based on calories required for walking, I think the calories burned number is way too low): 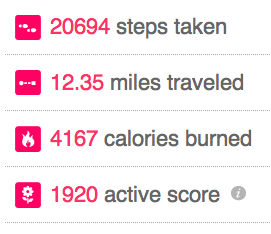 And the end result? I passed: I’m now a Level 5 practitioner! Here’s to hoping I don’t have to do another one of these tests any time soon.

Oh, and in case you’re interested, here’s my write-up from last time (which I mistakenly referred to as a “Level 4” test).