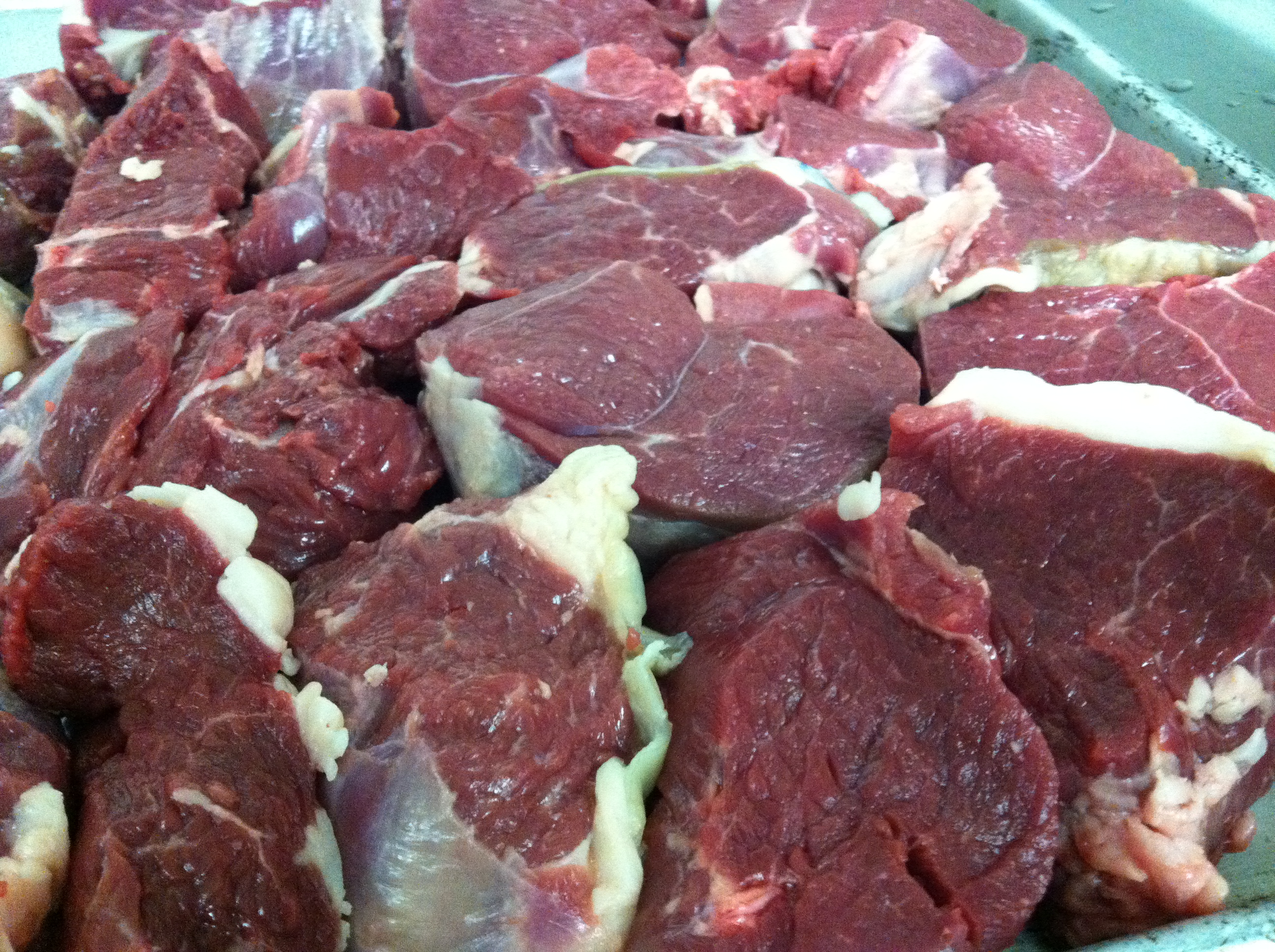 When I was growing up in Wagin, almost all of the meat that we ate was home butchered by my Dad. He is the kind of guy who looks at most things and says “I can do that” and then just does it. I remember raising our own goats and slaughtering/butchering them. We had pigs at one point. The farm my Dad worked on provided us with endless sheep. I even helped out with some rabbits once in a while.

It’s been a long time since I lived around all of that though, and now here I am, living in the middle of San Francisco with access to “artisinal” meats, grass-fed this and organic that. Guess what? It’s the same stuff I grew up on, and people back then considered us “a little bit country” because we did it ourselves. Now it’s becoming trendy to do it yourself again, and there’s a growing community of people whonare interested in self-sufficient living, re-learning some of these skills, and maybe taking back control of some of their lives from the military-industrial complex that otherwise dictates so much of it.

During my recent trip to Australia, I stayed with my Dad for a feww days and one of the meals he prepared contained home-butchered meat. That got me thinking a bit about this skill that I had never really learned myself, but that if I had stayed in the country, I would probably do as part of my everyday life. The idea of having just missed out on something like that bugged me, so I looked into what I could do aout remedying the situation.

Enter 4505 Meats. I had heard about these guys from a few friends who are obssessed with all-things-meat. 4505 Meats is a small company, started by Ryan Parr, a passionate chef and self-taught and butcher who is gaining a cult-following in the Bay Area and beyond for his delicious meat-treats and hands-on, down-to-earth approach to fine food.

One of the ways that 4505 is bringing a love of meat to The City is through their butchery classes. Hog, Beef and now Lamb. Pick your animal, pay your fees then turn up and take part in breaking down a whole animal (pre-slaughtered/gutted/bled) into primal cuts, then down into meal-sized cuts of the tastiest meat you’ve probably had in years. Bag it up, and you get to take home the fruits of your labor for the night, making it an even better deal than it already was. And trust me, it tastes even better knowing that you were involved in the process some way.

And so, on a Monday night in the middle of the Haight, I and 12 other strangers walked through a side entrance and into a commercial kitchen where two 74 pound sheep hung, awaitaing our amateur blades. Afterbrief introductions, we jumped right in. Ryan answered questions on where the sheep were from (just outside Sacramento) and what sort of tools we’d need to butcher our own animal (hatchet/cleaver, mallet, saw and good boning knife will get you through most everything) as he started us on the 3+ hour process of turning these 2 carcasses into little baggies of deliciousness.

At first, most people were a bit apprehensive, standing back and grimacing here and there. Staring at this (for most people) alien thing which was to be the source of their lamb chops and sirloin steaks. When was the last time you were in a room with a whole dead sheep? As soon as we all had a go at something though, initial hesitations were pushed aside and before too long we were all elbow deep in meat and bones, cutting and tieing, “seaming out” (cutting along the muscle seams to preserve the natural cuts of meat) shanks and frenching ribs.

Kent, one of the guys from 4505 Meats, cooked up some tasty treats for us as we finished cleaning up the kitchen and then wrapping each cut in 13 equal portions so we could take it home. We bagged everythig up, said our goodbyes and then headed our separate ways.

Since then, I’ve been eating a lot of lamb, and really can say that it’s been amazing. Apart from learning at least the very basics of a skill that (I believe) is a valuable one to have, having a really fun experience, and reconnecting with something I associate with my childhood, I have also been able to eat some of the tastiest, freshest lamb around. The meat you get in the store doesn’t taste like this. The meat you get from the farmer’s market might not even taste like this.

Now that I’ve done it once, I really want to do some more. Get more experience with all parts of the animal. Try their Beef and Hog classes. A whole new skill has opened up, and I’d like to explore it all.