This weekend I attended the Mentor Summit that winds up the Google Summer of Code. It’s an event where up to 2 mentors from each organization involved are invited to hang out at the GooglePlex for a weekend, mingle with folks from other open source projects and see what happens. We discussed all sorts of things related to the Summer of Code program, in addition to a variety of other, generally open-source topics. It was operated as an unconference, so we made up the majority of the schedule as we went, and modified it as required.

I was at BizTechDay on Friday afternoon at the WordPress table, after which Raanan was kind enough to drop me off down in Mountain View at the Wild Palms Hotel, where everyone was staying for the event. That night there was food provided and some drinks, general mingling/networking etc. The next morning we were all shuttled over to the GooglePlex (although I got a ride with the guys from TYPO3, thanks!) where we could grab breakfast, and up to the main room where we started the process of figuring out a schedule for the next day and a half. People suggested topics on large sheets of paper and each mentor had 8 stickers which were used to vote on sessions to indicate their relative popularity, and thus which room they should use.

Once sessions were decided, we scheduled them in on a giant grid which was provided, and then we could break out and start attending sessions which interested us. I tried to go to something in every time slot, and here are a few general notes from the 3 most interesting sessions I attended: 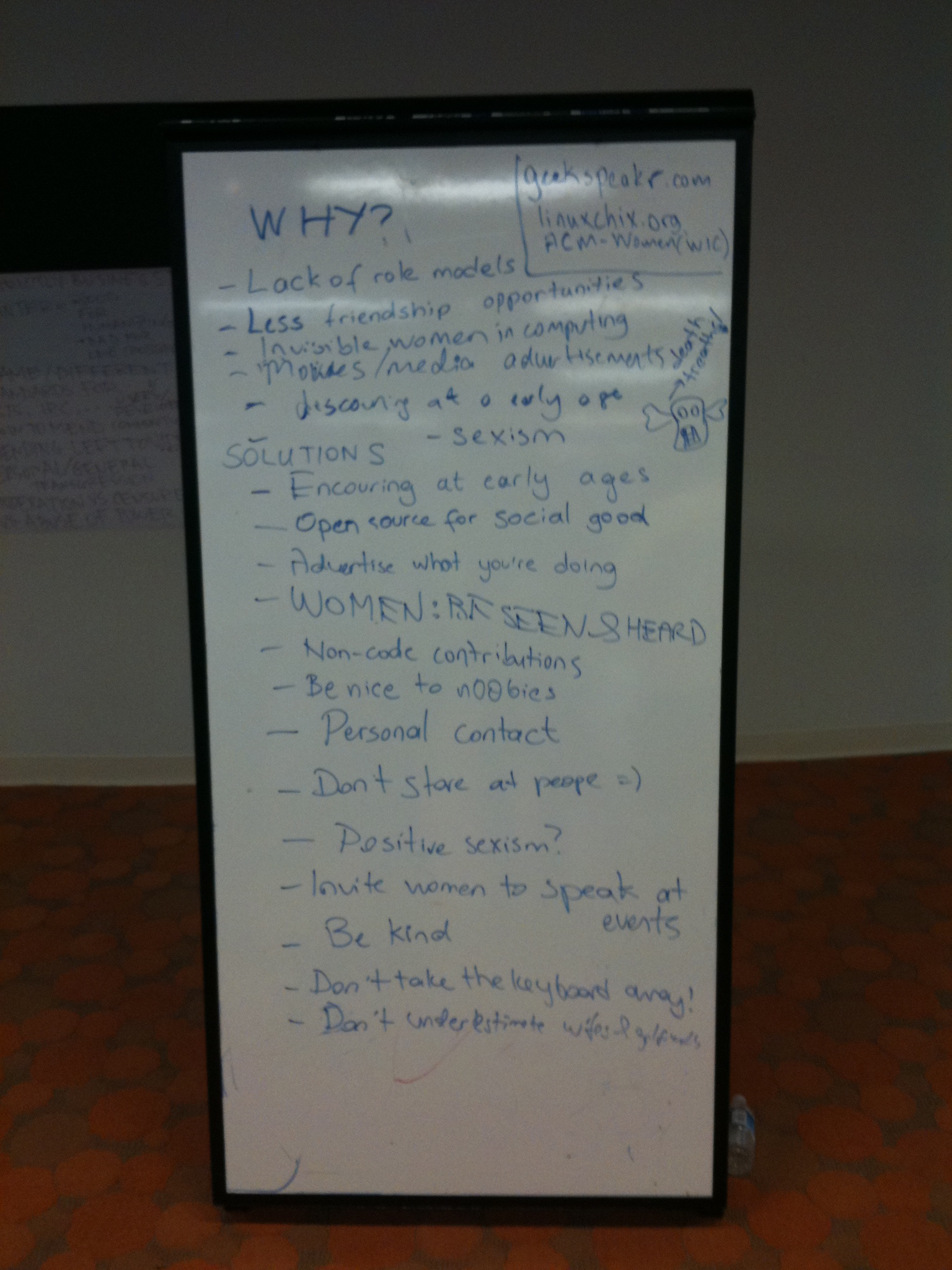 For more detailed notes on all sessions, you can visit the mentor summit wiki.

All in all it was a great event, and I met some really cool people who I hope to maintain some connection with over time. I’m also hoping that perhaps from this we can start some sort of cross-pollination of ideas (and maybe even code) between some of the popular CMSs where it makes sense, and perhaps implement the idea of security-only patches in WordPress. We’ll see what happens.